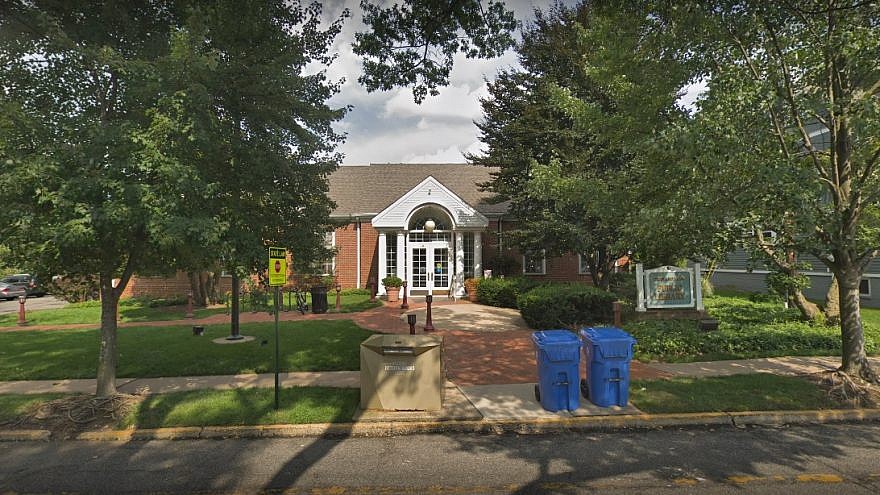 (June 5, 2019 / JNS) The library of a small leafy town in Central New Jersey apparently will not be the center of any Israeli-Palestinian fights for legitimacy—not this week anyway. Citizen safety and crowd-control concerns were cited as reasons for the cancellation of a planned June 5 public meeting of the library’s board of trustees in Highland Park, N.J.

The meeting was to focus on whether to reschedule a Jewish Voice for Peace-sponsored public library event featuring Golbarg Bashi, Ph.D., a Middle East studies instructor at nearby Rutgers University in New Brunswick, reading her 2017 self-published book, P Is for Palestine, to children. The trustees meeting was planned to have included two hours of public comment and a trustee vote.

“We need to call it out for what it is. It’s a lie and an abuse of public space.”

The reading was initially postponed due to the vocal objection by a large swath of Highland Park’s Jewish community, primarily because of language in the book that whitewashed the word “Intifada,” casting it as a peaceful term meaning “to stand up for what’s right.”

Even more concerning, said members of the community who read the book, it was written with no mention of the existence of Israel or the Jewish people, though many of the locations included in the book appear in both the Israel of the Bible and, subsequently, of modern-day Israel.

The Council of American-Islamic Relations, the Jewish Voice for Peace, Palestine Legal, the Center for Constitutional Rights and the ACLU of New Jersey all voiced insistence that the event be immediately rescheduled. The American Library Association’s office of intellectual freedom on May 13 informed Library Director Jane Stanley that it was their advice to move forward with the event, citing free speech concerns and potential threats of legal action if the event were to be permanently canceled. On Change.org, an undated petition titled “Stop Ban of Palestine Children’s Book at Highland Park NJ Public Library!” had garnered almost 6,000 signatures as of this writing. 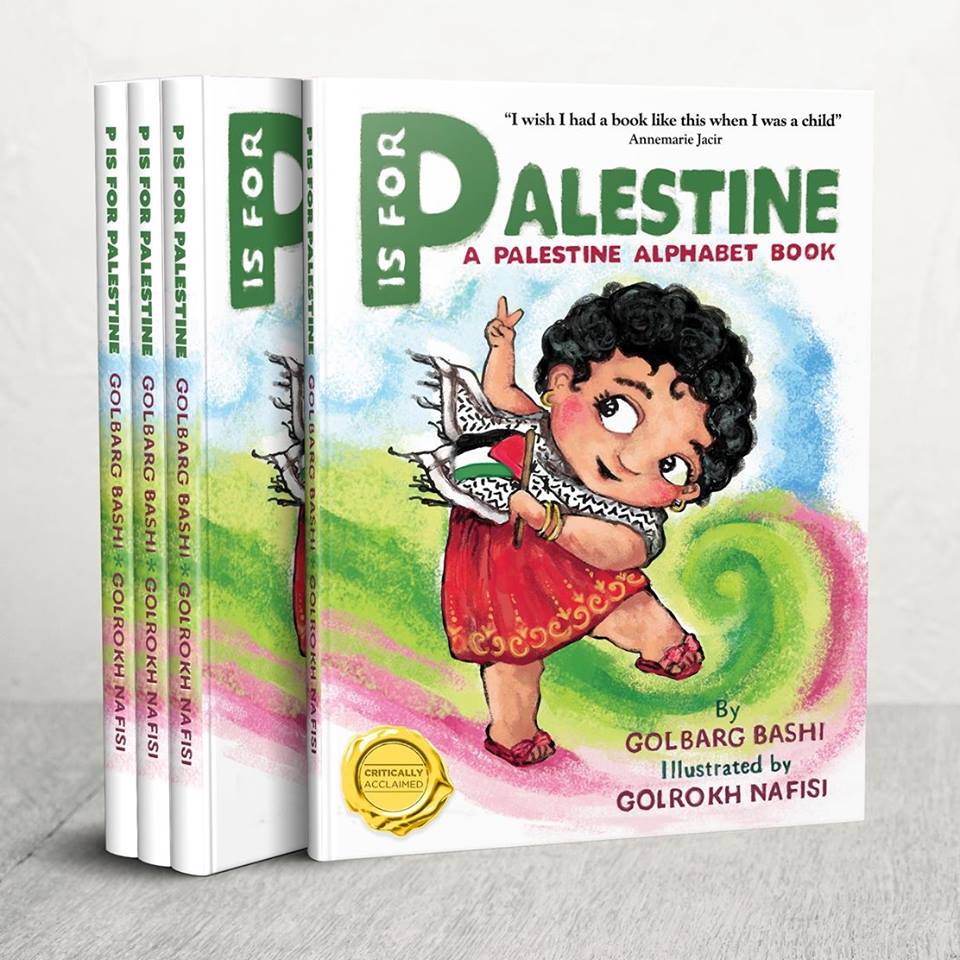 The cover of the controversial book “P Is for Palestine.”

A statement containing “Five Common Principles for the Jewish Community” in opposition to the book reading, primarily outlined a plan for an organized, peaceful protest without polemical action of any kind and made it clear that the Jewish community did not oppose banning the book in any way. Rather, “a public reading of this book could rightly be viewed as an insult to Jewish sensibilities,” the statement said. “It does not acknowledge the right of Jews to live in Israel and the impact of two waves of terrorist violence (aka “Intifada”), which killed thousands of non-combatant Israeli citizens, American citizens and Palestinians.” The statement was circulated this week and had garnered approximately 75 signatures of confirmed community residents, rabbinic and community leaders as of this writing.

The book was written with no mention of the existence of Israel or the Jewish people.

According to Highland Park’s public information officer, all members of Highland Park’s “small town” police force had been asked to be on duty the evening of the June 5 meeting, with backup requested from the Rutgers University campus police. However, with social-media chatter reporting that people on both sides of the issue were organizing buses to come from Pennsylvania, New York and other places, the town was unsure of how many people would actually appear.

In the end, library director Jane Stanley, with input from Mayor Gayle Brill Mittler and Police Chief Richard Abrams, decided the public safety risk meant they “could not in good conscience proceed with the meeting,” a statement made on the library’s Facebook page and website said. On the advice of counsel, trustee president Bruce Walker decided that the library would simply reschedule the P Is for Palestine author talk, and “the library will schedule a program around the book I Is for Israel by Gili Bar-Hillel and Prodeepta Das as soon as possible.”

The Vaad Harabonim of Raritan Valley, an Orthodox rabbinical council, made a statement in support of the decision. “We feared that a huge crowd would assemble for this meeting, and the meeting could easily erupt into a volatile confrontation between two opposing factions. In addition, the visible strong opposition of the Jewish community could endanger our religious institutions in the future,” the statement said.

“While it was critical for our community to demonstrate opposition to the planned book reading when it was assumed that many outside interest groups, some hostile to Israel, would descend upon Highland Park, we prefer this compromise for the sake of public safety and to avoid potentially toxic confrontations between opposing sides. The Vaad supports this compromise, which diffuses a potentially volatile and explosive situation, and we ask the community to show their support as well.”

The Vaad also asked that community residents do not attend the P Is for Palestine event “to prevent possible conflicts and altercations.”

‘A way to bury the issue as a tactical delay’

Not every Jewish community member or even every rabbi in the Highland Park area was in favor of the compromise. In addition to scores of comments objecting to the decision on the library’s Facebook page and the pages of community residents who shared the statement, many privately and publicly expressed their concerns.

“Imagine that people wrote a book called T Is for Tiananmen Square, and didn’t talk about the massacre that occurred there,” said Rabbi Eliot Melomet, rabbi of the Highland Park Conservative Temple/Congregation Anshe Emeth, in an interview. “It provides legitimacy to this book and makes the children’s reading room a battleground for ideology and propaganda. We need to unmask the lies that are being presented here. That book is being presented as an exercise in tolerance and understanding, but that is a lie, by renowned provocateurs.”

“I realize it [the compromise] is for the sake of shalom bayit (‘peace’), but it kicks the issue down the road. We all know what the Intifada is, and the lives affected and destroyed by it. This is now going to be played out in a children’s reading room. If that is not the abuse of children, I don’t know what it is,” said Melomet.

Melomet said he believed that his view is a reflection of the majority view of the Jewish community in Highland Park. “We are deeply disturbed by this. If people drill down into what this compromise this, it’s a way to bury the issue as a tactical delay, but make no mistake: We need to call it out for what it is. It’s a lie and an abuse of public space.”