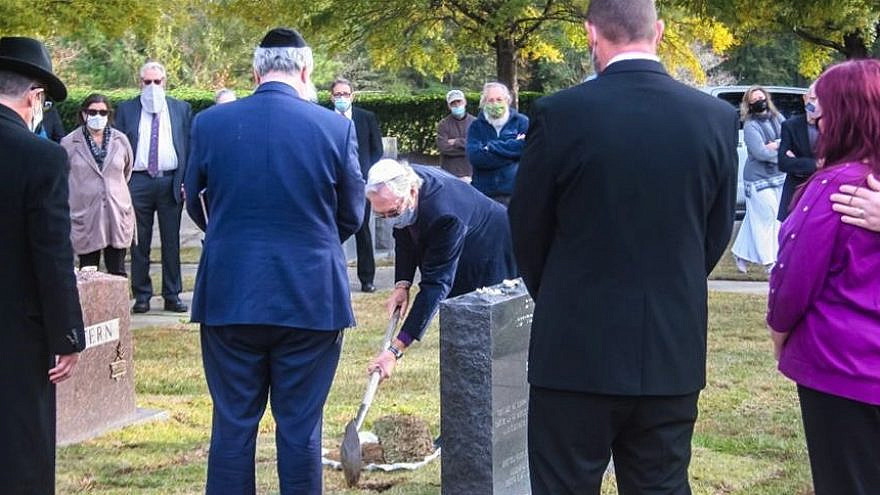 A disabled U.S. Army veteran who served in the occupation of Germany during and after World War II, John J. Bouknight died on Nov. 13 at the age of 93. He had been among those tasked with rounding up Nazi war criminals and bringing them to trial in Nuremberg.

Apparently, during the course of his work, he came across a small container of ashes, mixed with bone, from Dachau, the first Nazi concentration camp in Germany. Established on March 10, 1933, Dachau had grown to become a string of camps where countless Jews, Gypsies and other untermenschen met horrible deaths following starvation, exhaustion and sadistic torture, often in the name of “science.”

The simple container was marked with the words: “These ashes was taken from the crematory at Dachau, Germany on 11 Feb. 1945. Prisoners were burned in the oven that these ashes were taken from, small portions of bones remains.” 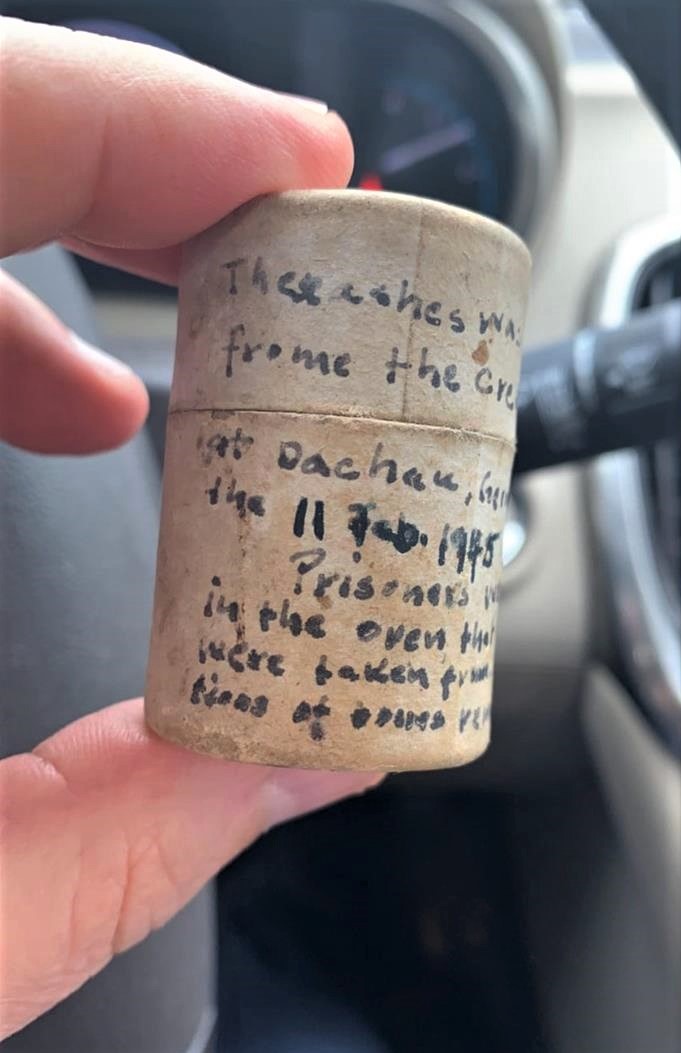 Some 75 years after they were collected from the crematoria in Dachau, the human remains in this canister have been brought to rest. Photo by Allen Wallace/Chabad.org.News.

Following his discharge, Bouknight came back home to South Carolina, where he worked as a chemist, married and raised a family in Chapin, S.C., not far from his native Columbia. And tucked away in a closet was the small cardboard container of ash—the remainder of human lives snuffed out all too soon.

By the time Daniel Bouknight discovered the container among his late grandfather’s belongings, it was too late to learn how it came into his grandfather’s possession.

But that didn’t matter. He recognized that he had become the steward of something important, and that he needed to do his part to right a historic wrong.

He called Rabbi Hesh Epstein, co-director of Chabad of South Carolina in the state capital of Columbia, and asked what should be done with the ashes.

Even though 75 years had passed, the reply was simple: Bury them, giving a modicum of dignity to those who had been deprived of it for so long.

And so, masked and socially distanced, a small crowd gathered in the Arcadia Lakes Cemetery near a memorial stone that had been erected to honor the 6 million Jews who had perished during the Holocaust. There, Epstein and other Jewish community leaders lowered the cardboard cylinder into a miniature grave, and spadefuls of nourishing earth were piled upon it and its charred contents.

“We don’t know who you were, where you called home, what your mother called you, who loved you or who you loved,” said Epstein during his brief eulogy. “For some unknown reason, we were chosen by Providence and the kindness of strangers, who are strangers no more, to find you and lay you to rest among your people. You are home, and we are grateful. You may now go to your eternal rest in peace.” 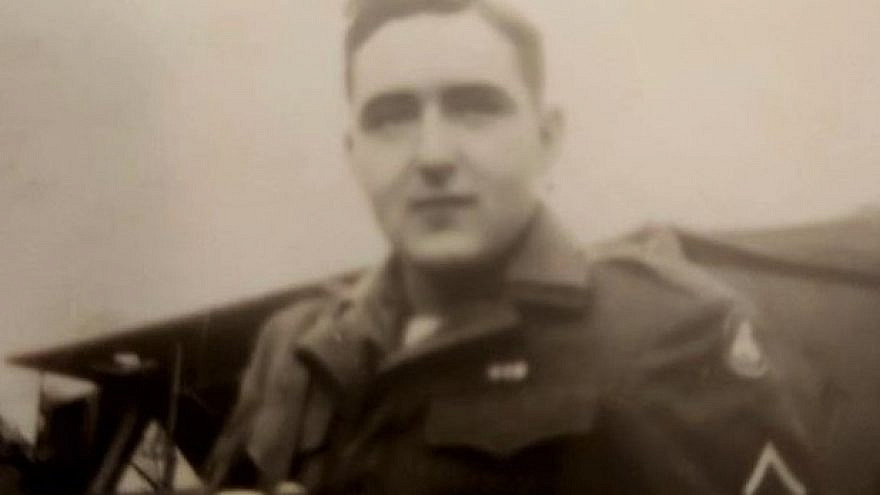 John J. Bouknight served in the U.S. Army during the occupation of Germany during and after World War II, and brought the ashes home with him. Photo by Allen Wallace/Chabad.org.News.
Republish this article in your newspaper or website