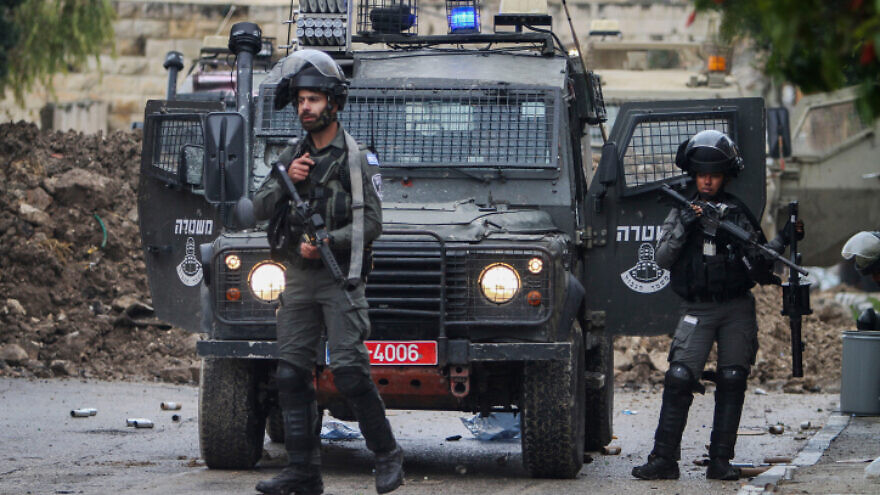 (December 27, 2021 / JNS) The mother of two suspected terrorists from the village of Silat Al-Harathiya near Jenin was arrested by the IDF overnight on Monday, according to a report by Army Radio.

In recent days, the women told Palestinian media, “If my children conducted this attack, I will raise my head with pride up to the sky,” a tweet by Army Radio noted.

Yehuda Dimentman, 25, a student at the Homesh yeshivah, was killed in the shooting, which occurred from an ambush position on the vehicle that he was in, and two other students who were in the vehicle were wounded. Dimentman is survived by his wife and one-year-old child.

The suspects were taken into custody following a joint operation that also included the Israel Defense Forces and Israel Police’s anti-terrorism unit. Weapons believed to have been used in the attack were seized.

Following the arrest of the terror suspects earlier this month, Israeli Prime Minister Naftali Bennett stated, “I commend the ISA, the IDF and the Israel National Counter-Terrorism Unit on quickly bringing this to a close, with multiple units cooperating and acting in concert, which led to the capture of the terrorists who carried out the attack in Samaria.

“All terrorists need to know that the State of Israel will hold them accountable. They cannot hide for long. Every terrorist must know that he/she is on borrowed time,” he added.