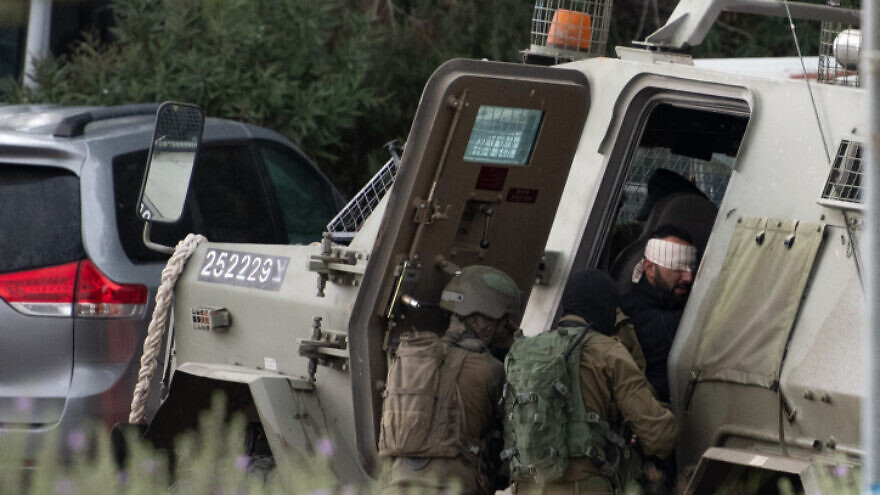 (December 19, 2021 / JNS) Four suspects have been arrested in connection with the fatal terrorist attack near Homesh in Judea and Samaria on Thursday, the Israel Security Agency (Shin Bet) said on Sunday.

The suspects were taken into custody following a joint operation in the village of Silat al-Harithiya by the Shin Bet, Israel Defense Forces and Israel Police anti-terrorism unit, the Shin Bet said in a statement. Israeli forces also seized weapons believed to have been used in the attack.

The suspects were transferred to the Shin Bet for interrogation.

“I commend the ISA, the IDF and the Israel National Counter-Terrorism Unit on quickly bringing this to a close, with multiple units cooperating and acting in concert, which led to the capture of the terrorists who carried out the attack in Samaria,” said Bennett, according to a statement from his office.

“All terrorists need to know that the State of Israel will hold them accountable. They cannot hide for long. Every terrorist must know that he/she is on borrowed time,” he added.

Yehuda Dimentman, 25, a student at the Homesh yeshivah, was killed in Thursday’s attack, and two other students who were in the vehicle with him when Arab gunmen opened fire on them were wounded. Dimentman leaves behind a wife and a one-year-old child.

“I would like to convey to the family of Yehuda Dimentman: The pain is immense but terrorism will not win and will not move us from here,” said Bennett on Sunday.