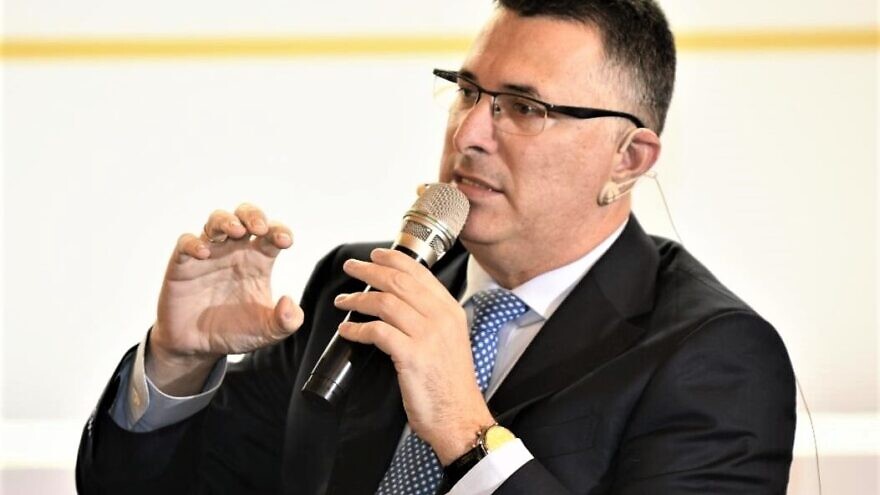 (February 19, 2020 / JNS) Likud Knesset Member Gideon Sa’ar said on Wednesday that while the Trump administration’s Mideast peace plan is better than any proposal Israel has seen in decades, a Palestinian state just miles from Israeli population centers “is not part of my vision.”

Speaking at the Conference of Presidents of Major American Organizations on Wednesday morning, Sa’ar, a member of the Knesset Defense and Foreign Affairs Committee, was asked about the importance of the so-called “deal of the century” and the challenge for Israel to see the plan implemented under its current caretaker government.

“We have a very important opportunity to implement sovereignty over the Jordan Valley and areas of Judea and Samaria,” said Sa’ar, adding that “it is better to be coordinated with the American administration.”

He expressed his hope that Israel’s March 2 election would result in a right-wing government, saying that a left-wing one would unlikely be capable of extending Israeli sovereignty over the areas noted above, as envisioned by the U.S. plan.

On the issue of the potential creation of a Palestinian state, the MK said that while “this plan is better than previous plans of previous administrations or the international community—anything we have seen over the last decades—I must emphasize that a Palestinian state just a few miles from Israeli population centers is not part of my vision. Isolated Jewish settlements in the middle of Palestinian territory is not part of my vision.”

In a way, the issue is currently moot, he alluded, as the Palestinians have rejected the U.S. plan.

“The Palestinians have rejected the peace plan. They are committed to continuing to pay terrorists salaries and so on. There is nothing to be gained from a nonfunctional, nonviable state in the middle of Israel’s heartland,” said Sa’ar.

On the issue of Iran, he told the delegates: “It is very clear Iran is breaching the [2015 Iran nuclear deal]. They are doing it gradually, and this is one of the ways they are trying to challenge America.”

However, he added, the heavy U.S. sanctions seem to be having an effect on Tehran.

“Sanctions are very effective,” he stated. “Anyone following the Iranian economy can see they are in a very bad situation—all macroeconomic trends are decreasing.”