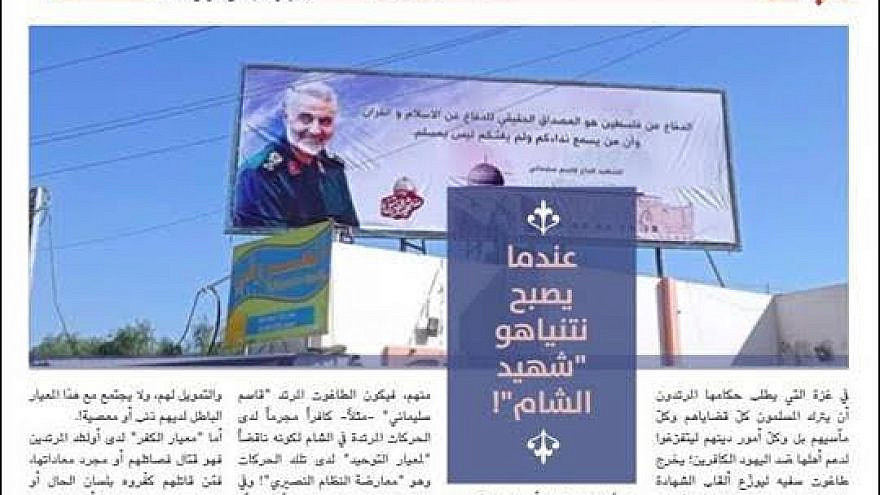 The article, titled “When Netanyahu becomes Syria’s martyr,” begins by calling Hamas “apostate” for describing Iran and its allies who “kill Muslims in other countries, rape their women, destroy the homes over their heads and force hundreds of thousands of youths to disappear in prisons” as martyrs and jihadis.

The article asks how Hamas would react if Syrian factions were to declare Israeli Prime Minister Benjamin Netanyahu a “Syrian martyr,” and accuses the Gaza-based terror group of lauding Iran because it provides them with money and weapons.

It goes on to denounce an official in Ramallah who expressed support for Syria’s President Bashar Assad.