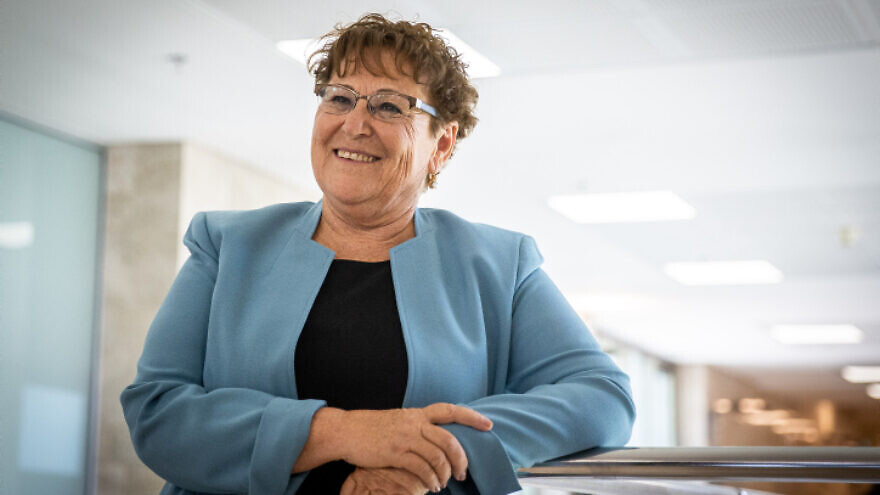 (August 11, 2022 / JNS) Israel Prize-winning educator Miriam Peretz welcomed the birth of a granddaughter just a day before the Israel Defense Forces killed the terrorist who was behind the operation that killed one of her children.

“Out of destruction, a new life grows,” Peretz wrote on Facebook announcing the birth.

Peretz, who ran for president of Israel last year, lost two of her sons, Uriel and Eliraz, while they were serving in the IDF. Her eldest son, Staff Sgt. Uriel Peretz, was killed in 1998 at the age of 22 during an ambush in Southern Lebanon. Her second son, Maj. Eliraz Peretz, was killed in a Palestinian Islamic Jihad attack while serving on the Gaza Strip border in March 2010.

The man behind the operation that killed Eliraz, Palestinian Islamic Jihad’s southern Gaza commander Khaled Mansour, was killed by an IDF strike in the Gaza Strip on Aug. 6. His death also took place one day after what would have been Eliraz’s 44th birthday.

Mansour was responsible for dozens of terror attacks against Israeli civilians and military personnel, including a shooting attack in which Eliraz killed.

“There is peace in the heart when you know that you will not be harmed by him again,” Peretz told Army Radio. “I see Eliraz’s children before my eyes; I want them to know that the man who killed their father and caused so much destruction is gone. We have reached closure with the villain; there is no greater correction.”

Peretz spoke in a Tisha B’Av panel discussion on the evening of Aug. 6 in Modi’in shortly after the targeted airstrike on Mansour, saying it was a “difficult day” for her.

“I am dealing with personal and national grief,” she said. “I have no joy and no exultation, but this is something that strengthens my spirit and my confidence in the Israel Defense Forces, which in the end reaches the enemy.”