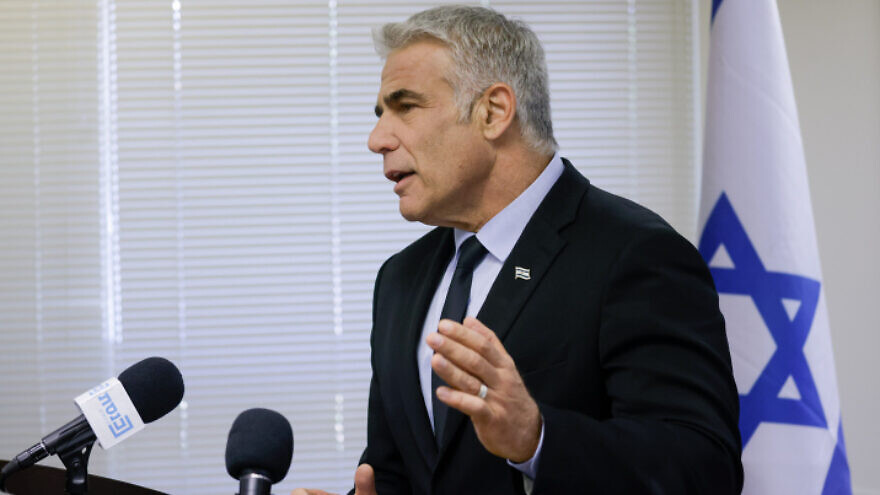 Morawiecki said on Sunday that as long as he was prime minister, Poland “would certainly not pay for the Germans’ crimes: not a zloty, not a euro, and not a dollar.”

Lapid responded by pointing out that “millions of Jews were murdered on Polish soil and no legislation will wipe out their memory. We don’t care about the Polish money. This hints at anti-Semitism.”

“We are battling for the memory of the Holocaust victims, the pride of our people, and we will not allow any parliament to pass laws the purpose of which is to deny the Holocaust,” said Lapid.

Also on Sunday, Polish Ambassador to Israel Marek Magierowski received a summons to meet with the head of the Foreign Ministry’s political department, Alon Bar, over the Polish draft bill.

According to a Foreign Ministry communique, Bar expressed Israel’s extreme disappointment that the legislation had passed the lower house and warned Magierowski that if it became law, it would have an adverse effect on Polish-Israeli relations.

Bar told the Polish envoy that Israel’s objection to the bill had nothing to do with any ideological debate about responsibility for the Holocaust, but was anchored in Poland’s responsibility to its former citizens whose property had been stolen.

After the meeting, Magierowski tweeted that he had tried to “redress the misunderstandings and calm the waters” by explaining the Polish Code of Administrative Procedure to the Israeli public.

Chairman of the Claims Conference Gideon Taylor said his organization was “very disappointed” by the response of Polish officials, including Prime Minister Morawiecki, to the Jewish world’s response to the draft legislation.

“As we have already told the Polish government, the draft bill deals with confiscations that were carried out by the communist authorities after the war and are not related to the terrible crimes the Germans perpetrated in Poland during the war,” said Taylor.