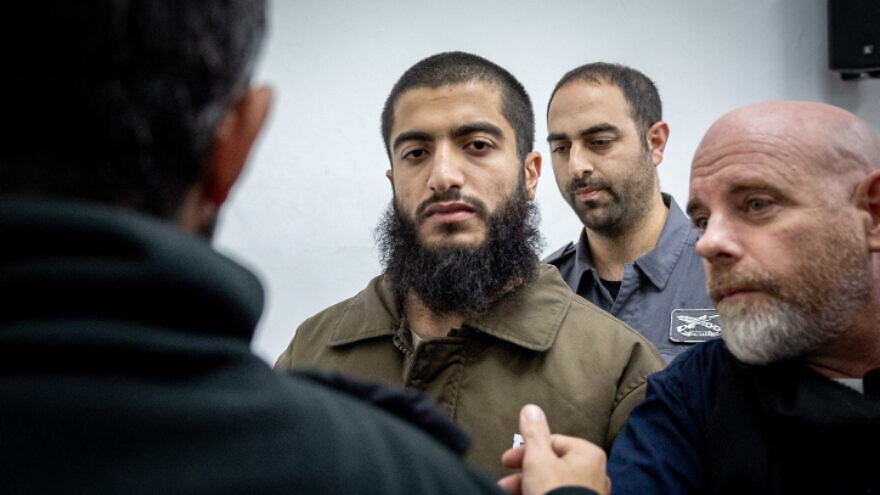 (January 1, 2023 / JNS) Prosecutors on Friday charged Eslam Froukh, a Palestinian resident of Kafr Aqab in eastern Jerusalem, with terrorism and murder, accusing him of conducting the deadly Nov. 23 twin bombings in the city.

Two civilians—Tedsha Tashuma, a 50-year-old father of six from the Psgat Ze’ev neighborhood, and Aryeh Shechopek, 16, a Canadian-Israeli from the Har Nof quarter, were killed in the attacks, and more than 20 other people were wounded.

According to the charge sheet, Froukh adopted the Salafi-jihadist ideology promoted by ISIS. Between 2017 and 2022, the defendant studied machine engineering at an Israeli higher education institute, and took advantage of his training to learn how to assemble explosives, said the incitement.

According to his LinkedIn profile, Froukh has a bachelor of applied science degree from the Azrieli College of Engineering Jerusalem.

The explosive devices used in the attacks were constructed in a pit Froukh dug in the Binyamin region of Samaria, using instructions found online, police said last week.

Raw materials for additional devices were found in the pit along with a submachine gun of the Carlo type. A ready-to-activate bomb was also found in Froukh’s possession at the time of his arrest, according to the statement.

In September, the defendant allegedly decided to implement his terrorist plot and purchased bomb-making material. He created eight kilograms of explosives in a lab he set up in the Ramallah area, purchased a second-hand moped and attempted to erase its vehicle identification number, and selected attack sites.

Froukh allegedly prepared three bombs and planned to set two of them at the same bus stop, at the Ramot Junction in the capital’s north. He then noticed that one of the bombs experienced a malfunction in its delay mechanism, and decided to therefore to stick two bombs together, hiding them behind the bus stop. He then picked up a third bomb and planted it at a bus stop in the Givat Shaul neighborhood near the main entrance to Jerusalem.