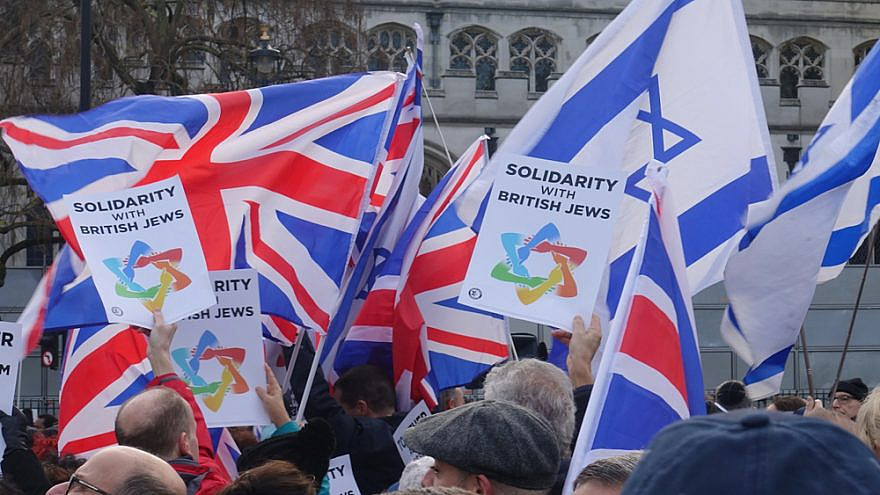 (May 27, 2021 / JNS) The security arm of the Jewish community in the United Kingdom said on Wednesday that it has recorded 294 anti-Semitic incidents since May 8, of which 267 were related to the Israeli-Palestinian conflict in the Middle East.

The numbers reported by the Community Security Trust (CST) represent an increase of nearly 570 percent from the days leading up to May 10, which is when the recent conflict between Israel and Hamas in the Gaza Strip began, according to the British Jewish News of London.

Among the incidents were physical attacks; anti-Semitic emails being sent to Jewish leaders; schoolchildren, teachers and Jewish schools being targeted in anti-Semitic hate crimes; and people shouting anti-Semitic slurs, as well as “Free Palestine,” at visibly Jewish people.

CST said that in one incident, a Jewish family saw three cars waving Palestinian flags and when a family member approached the convoy, “all of the occupants got out of their cars and shouted, ‘Kill yourselves, you should all die.’ One then grabbed a family member by their neck.”

There were also 26 incidents of cars—either alone or in convoys—driving through Jewish neighborhoods and waving Palestinian flags, including in London, Glasgow and Manchester.

The CST claimed that 151 of the 267 incidents of anti-Semitism related to the Mideast violence occurred after May 21, when the ceasefire between Israel and Hamas was announced, according to i24News.