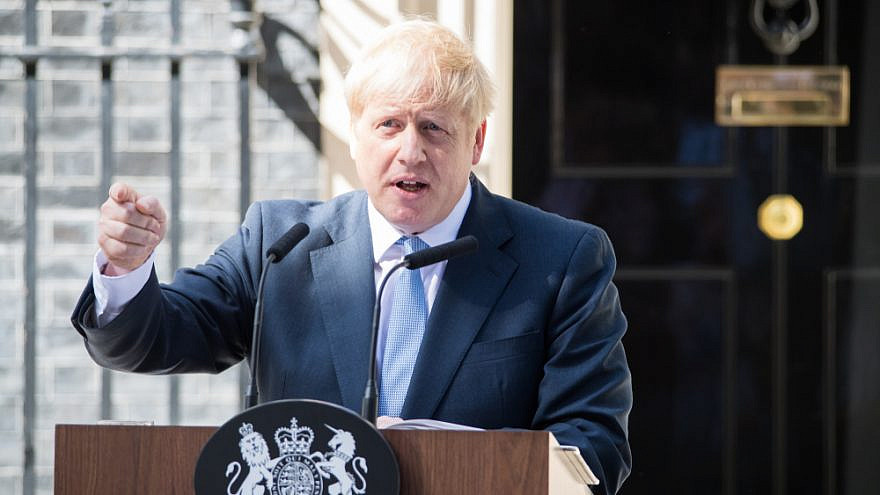 (May 20, 2021 / JNS) British Prime Minister Boris Johnson expressed his concerns on Wednesday regarding the rise in anti-Semitic incidents in the United Kingdom since the start of the Gaza conflict, Reuters reported.

In response to a question in parliament from Labour Party leader Keir Starmer, Johnson noted: “I share his horror at the outbreak of anti-Semitic incidents, and the government has conveyed that message loud and clear to those who are responsible for enforcing the law against hate crime.”

“As a country and as a society … we call this out at every stage,” he said. “We will not let it take root; we will not allow it to grow and fester.”

The Community Security Trust (CST), the security arm of the Jewish community in the United Kingdom, said it recorded 106 anti-Semitic incidents starting from May 8 compared to 19 attacks in the previous 11 days. Several of the incidents reportedly include individuals shouting “Free Palestine” at Jewish people, scrawling graffiti next to a synagogue and emailing verbal abuse to Jewish community leaders.

“There is a particular problem of cars, either individually or in convoys, driving through Jewish neighborhoods, waving Palestinian flags and shouting slogans in a way that is clearly intended to intimidate local Jewish communities,” the CST added. “The level of anger and hate that is directed at Israel always spills over into anti-Semitism at times like this, and yet the people stoking this anger, online and on the streets, never take responsibility for this particular consequence.”