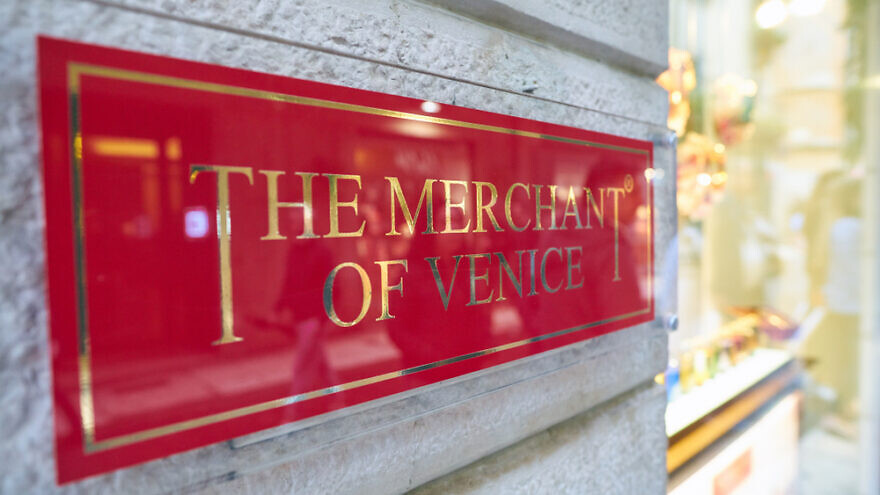 (February 4, 2022 / JNS) A Manhattan middle school decided to cancel a production of Shakespeare’s “The Merchant of Venice” after some parents questioned whether the controversial play was appropriate for students because of its anti-Semitic undertones, according to the New York Post.

The main antagonist in the 16th-century play is a Jewish moneylender named Shylock, who by the end is ordered to convert to Christianity after being spat on and constantly insulted by his Christian enemies. “The Merchant of Venice” was reportedly a popular production in Nazi Germany since Shylock’s persona as a greedy Jew worked to promote the Third Reich’s anti-Semitic agenda.

The public middle school 75 Morton in Greenwich Village originally planned to hold a production of Shakespeare’s play for seventh-grade drama students with help from the group Theater for a New Audience (TFNA), which was set to collaborate with students on the project.

“The way that anti-Semitism is shown in this play, if you don’t have a minimum of knowledge and context you can’t understand how bad and dangerous it is you,” a member of the school’s community told the Post.

After some parents complained, principal Valerie Leak promised to hold meetings on the issue with parents, drama teachers and members of TFNA. However, the meetings never took place, and the show was suddenly canceled in late January.

“Members of our community have expressed their objection to this play due to concerns about racist and anti-Semitic language,” school officials told parents in an email.

The school further explained that even though TFNA was developing the play with “input from the ADL (Anti-Defamation League) to ensure that the challenging themes of the piece would be treated with the proper critical analysis, sensitivity, and thoughtfulness, we have decided to move forward with a different unit with the Theater.”

The school will not offer a different production and instead focus on a playwriting curriculum.

“This decision did not come lightly, as we worked diligently with TFNA and listened to the members of our community to resolve concerns,” said the school. “However, we believe this is the right decision to make at this time.”