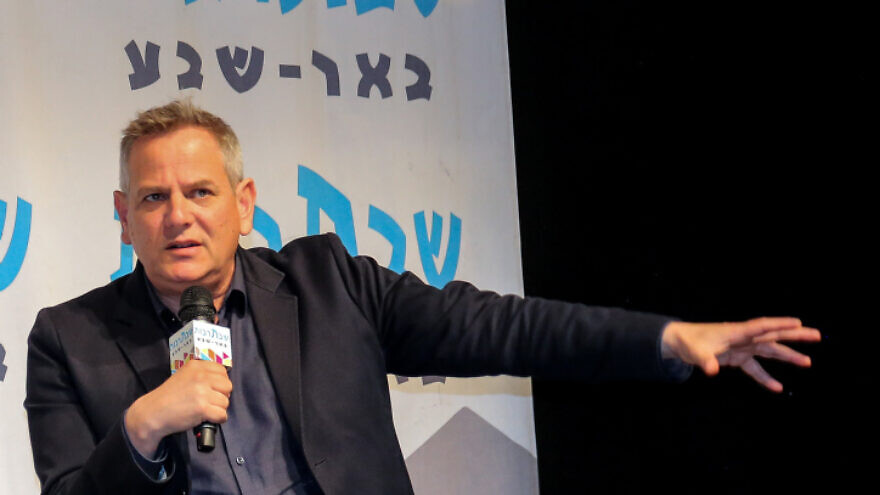 In an interview with Channel 13’s Ayala Hasson, Horowitz said “Israel needs to ask itself what it did to prevent it.”

Asked whether such a probe doesn’t cross a red line, he said, “The red line is that there are no negotiations with the Palestinians, and we’re continuing to build settlements like there’s no tomorrow, and then we wonder why there are steps taken against that.”

“I don’t want Israel to be in these situations and to have them file proceedings against us in all kinds of courts, but on the other hand, I am in favor of cooperating with the court and not trying to censure it,” he added.

As for actions by the Israel Defense Force during “Operation Protective Edge” in Gaza in 2014, the focus of the ICC investigation, Horowitz said “we said there are things that shouldn’t have been done, and massive harm was done to the civilian population there. It’s not for nothing the court said it needed to look into it.”

Yamina Party Knesset Member Ayelet Shaked, whom Hasson interviewed immediately after Horowitz, said, “We won’t serve in a government with Meretz. Horowitz’s remark justifying the political and anti-Semitic action of the court at The Hague and its persecution of IDF soldiers is a disgrace to the Israeli Knesset.”

In a statement, the Likud Party said that Horowitz is turning his back on “IDF soldiers that protect him and all of us. The Hague court’s decision is an ant-Semitic one, and Prime Minister Benjamin Netanyahu will fight everywhere around the world to have it rescinded.”

Gideon Sa’ar’s New Hope Party blasted Horowitz’s “miserable remark at the expense of IDF soldiers. No campaign justifies support for the anti-Semitic ruling and he would be wise to apologize for it.”

Otzma Yehudit Party leader Itamar Ben-Gvir said: “The attorney general must order the removal of Horowitz’s immunity tonight and order the opening of an investigation into him on suspicion of [committing] treason against Israel. Anyone who supports putting IDF soldiers on trial at an anti-Semitic court that only aspires to harm the State of Israel has no place in the Knesset. Otherwise, we won’t be able to look IDF officers and soldiers in the eye,” he said.