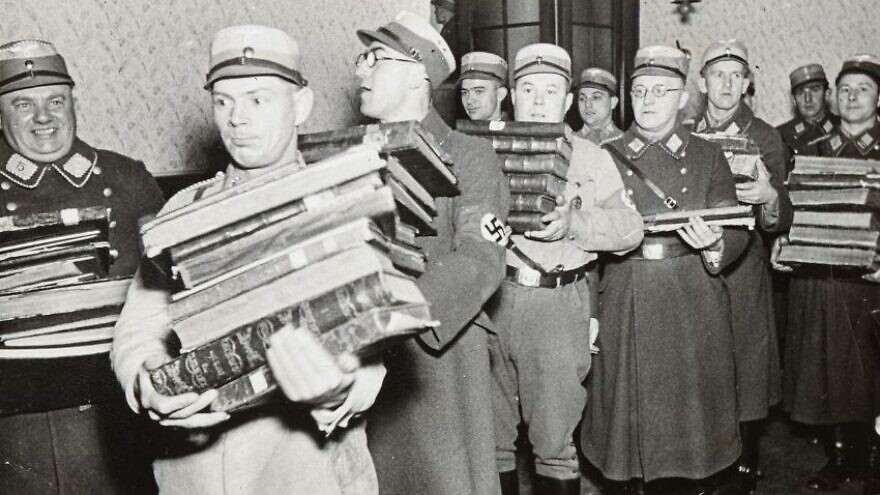 (January 24, 2023 / JNS) A Quebec court on Tuesday ruled that a Montreal man who had penned an antisemitic article for a neo-Nazi website was guilty of promoting hatred of Jews.

Gabriel Sohier-Chaput was found guilty on one count of willfully promoting hate for writing an article in 2017 for the Daily Stormer in which he called for “non-stop Nazism, everywhere, until the very streets are flooded with the tears of our enemies.”

The article, titled “Canada: Nazis Trigger Jews By Putting Up Posters On Ch–k Church,” celebrated neo-Nazi posters placed at a bus stop in British Columbia. Writing under the pseudonym “Charles Zeiger,” Sohier-Chaput, who has a long history of neo-Nazi activity, used antisemitic memes and mocked a Holocaust survivor, whom he referred to as an “oven-dodger.”

Overall, he wrote over 800 articles for Der Stormer.

The Friends of Simon Wiesenthal Center (FSWC) welcomed the verdict as “appropriate.”

“Following a long trial that included some troubling statements from the defense that minimized and distorted the Holocaust, the court has given the appropriate verdict for this case,” said Michael Levitt, FSWC president and CEO. “Gabriel Sohier-Chaput clearly intended to incite hate and violence against Jewish people when he wrote his article and must finally face the consequences for his hateful actions.”

The defense had argued that the article in question was intended to be humorous and satirical.

However, the judge agreed with the prosecution’s argument that the phrase “non-stop Nazism everywhere” constituted incitement to violence against Jewish people, since Nazism led to the Holocaust.

“There is nothing ironic in the fact that millions of Jewish people and others were exterminated during the Holocaust orchestrated by the Nazis…. It is one of the saddest events in the history of humanity,” Judge Manlio Del Negro Del Negro wrote in his ruling.

He called Sohier-Chaput “extremely dangerous to the public” and ordered he be handcuffed immediately.

“His behavior goes against the values of our society,” said Del Negro, adding: “It’s appalling that he can go anywhere in the world and hide behind anonymity with a keyboard.”

On Jan. 27, the world will mark International Holocaust Remembrance Day, held each year on the anniversary of the liberation of the Nazi death camp Auschwitz-Birkenau.