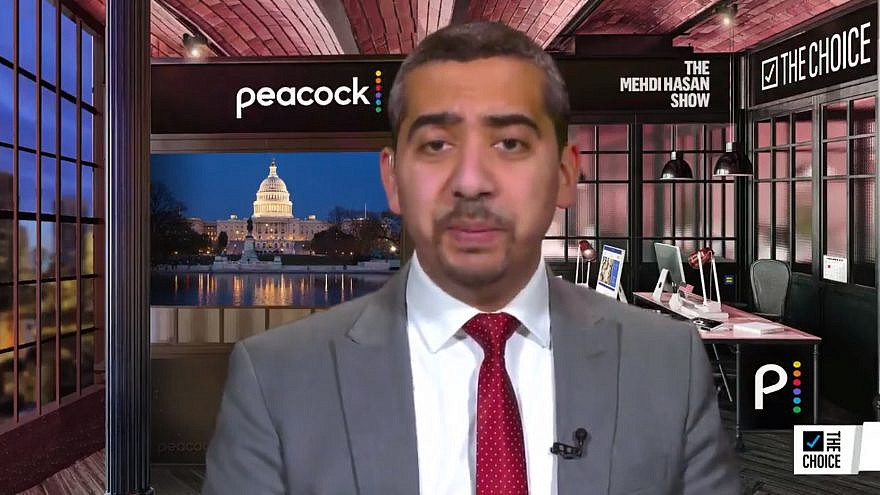 Hasan retweeted a post by Palestinian activist Issa Amro that included a nine-second video of a Palestinian boy in a vegetable store in Hebron. The youngster runs off-camera by the end of the clip, while another man in the video ducks for cover. The video does not show violence or a shooter, and it’s unclear from the footage how the Palestinian boy was injured.

In the video’s caption, Amro claimed that the Palestinian child “was shot in his eye, he got a rubber bullet which was shot by an Israeli army sniper. The video is clear, the child didn’t show any threat on the soldiers.” Hasan retweeted the post and caption, then advocated for the cutting of U.S. funding to Israel based on Amro’s accusations.

In a statement on April 10 about the incident, the IDF said that during a recent raid in Hebron, Israeli troops were attacked by Palestinians and “responded with riot dispersal means, including rubber bullets.”

“Rubber bullets were not fired towards stores or bystanders,” according to the IDF. “Following a report regarding a Palestinian who was injured in a store close to the area of the riot, the incident was examined. The examination concluded that there was no direct fire towards the store at the individuals inside.”

IDF spokesperson Lt. Col. Jonathan Conricus told CAMERA that to the best of his knowledge, no Israeli snipers were at the scene.

After being contacted by CAMERA, Hasan published a tweet on Tuesday noting “conflicting accounts” surrounding the incident and provided a link to a Times of Israel article with more information.