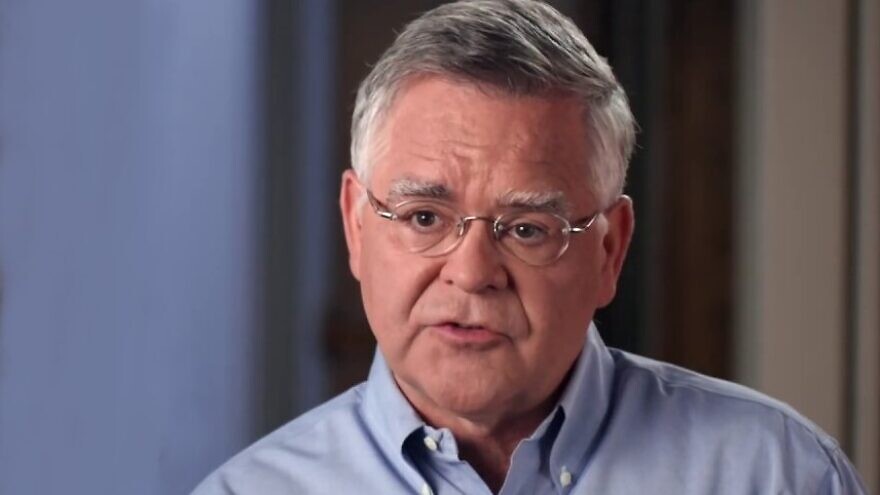 (August 9, 2022 / JNS) John Cooper, the mayor of Nashville, Tenn., said “hateful, divisive rhetoric and anti-Semitism have no place” in the city after anti-Semitic propaganda fliers were discovered last week at the houses of private residents.

The fliers targeting the Jewish community were found outside more than 40 homes in Nashville’s West End neighborhood on Aug. 3, less than a mile away from two synagogues.

They propagated anti-Semitic conspiracy theories, including language such as “gun control is Jewish,” “Disney child grooming is Jewish,” “mass immigration is Jewish” or “the COVID agenda is Jewish.” The fliers also featured the Star of David on the forehead of various people. They were similar to other fliers found across the country in recent months, many of which have been attributed to the anti-Semitic group, Goyim Defense League.

“This disturbing anti-Semitic propaganda is similar in tone and style to that used for generations to target the Jewish people and paint them as the enemy,” Cooper said in a joint statement on Aug. 4 with vice mayor Jim Shulman, Metro Nashville Police Department chief John Drake, Council members Kathleen Murphy and Thom Druffel, the Jewish Federation of Nashville and Middle Tennessee, and the Gordon Jewish Community Center.

“We stand united in support of the Jewish community, and against the extremism and hatred of a small but dangerous faction of our city,” they wrote. “We will not surrender to these dangerous and damaging efforts intended to divide and distort. We will not stand idle in the face of treacherous and threatening attempts to sow chaos and fear.”

The statement added that in response to the incident, the groups plan to promote “civility, inclusion and respect for all our friends and neighbors in Nashville.”

Cooper has ordered his administration to work with Jewish community leaders to investigate and respond to the fliers.

The Metro Nashville Police Department will “remain vigilant and are coordinating appropriate responses at key Jewish landmarks and throughout the city without further emboldening the individuals and groups involved in spreading these disgusting messages,” according to the statement.