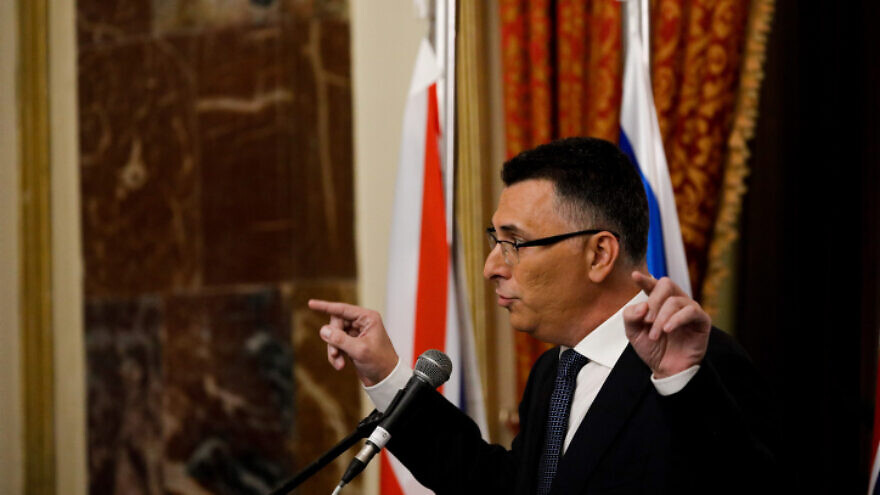 Speaking at a conference in Jerusalem, Sa’ar said, “Throughout the world they say that a two-state solution remains the path to an agreement. I have to say to you, this is not a position that helps anyone,” adding, “two states is an illusion.”

Instead, said Sa’ar, he advocates for a Palestinian entity together with Jordan, east of the Jordan River

Sa’ar criticized Netanyahu for perpetuating the two-state solution and making “endless concessions” to the Palestinians over the years, including settlement-building freezes. He also criticized the Palestinian leadership for “never being able to agree to a compromise, despite very generous offers.”

In his address, Sa’ar referred to a 2009 speech by Netanyahu at Tel Aviv’s Bar-Ilan University in which the premier expressed support for the establishment of a Palestinian state. Since then, Netanyahu has stated that he no longer supports a Palestinian state given the realities on the ground and in the region.

Following Netanyahu’s failure to form a majority government despite winning two back-to-back elections in April and September, Sa’ar has positioned himself as Netanyahu’s sole challenger in an upcoming Likud leadership primary.

A handful of Israeli lawmakers have endorsed Sa’ar, most recently including Likud MK Sharren Haskel, though most have maintained their support for Netanyahu. Likud primaries are scheduled for Dec. 26, 2019, with a third election is set for March 2, 2020.