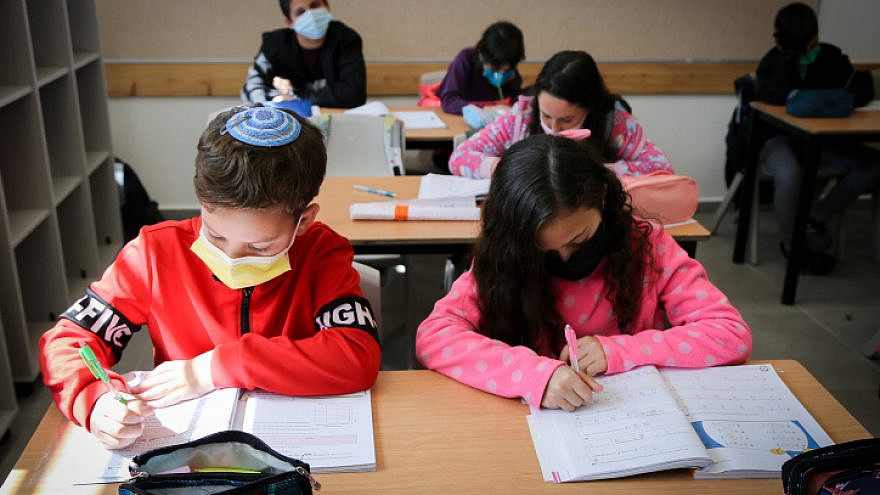 (February 25, 2021 / Israel Hayom) Israel will reach a critical milestone by the end of March and the beginning of April in the nationwide effort to distribute the COVID-19 vaccine, Prime Minister Benjamin Netanyahu told Israel Hayom.

Netanyahu said that he expects the current vaccination campaign to reach its successful completion point by then.

“Then, vaccines for children will start arriving,” Netanyahu said in the interview that will appear in Israel Hayom‘s weekend political supplement.

“I assume that [regulators] will approve them in April and May, and we will get them immediately afterward,” he continued, adding that Israel is already in talks about this phase with the two major manufacturers.

Currently, the vaccines being used in Israel are only approved for those 16 or older. But the international scientific community expects that age to be lowered in the coming months as more studies are conducted.

“The vaccines [for children] may be a special version, or the same one [used for adults]. There will also be doses that target the evolving mutations. The talks we are holding are on the supply of tens of millions of doses.”

Netanyahu expressed optimism about normalcy setting in. “There is a good chance that by summer break, our children will have already been inoculated just like we [adults] will be by this Passover holiday.”

Netanyahu said that masks will continue being part of our lives for a significant amount of time because of the phased vaccination drive.

“Children make up a quarter of Israel’s population. We are living in the age of a virus, and I have made sure that Israel leads the world in this vaccination effort, not just in the purchase of doses, but also in trying to make Israel a place for producing them. I am in touch with the CEOs of the two vaccine manufacturers [currently being used], Pfizer and Moderna. I want Israel to be a critical point in the supply chain.”