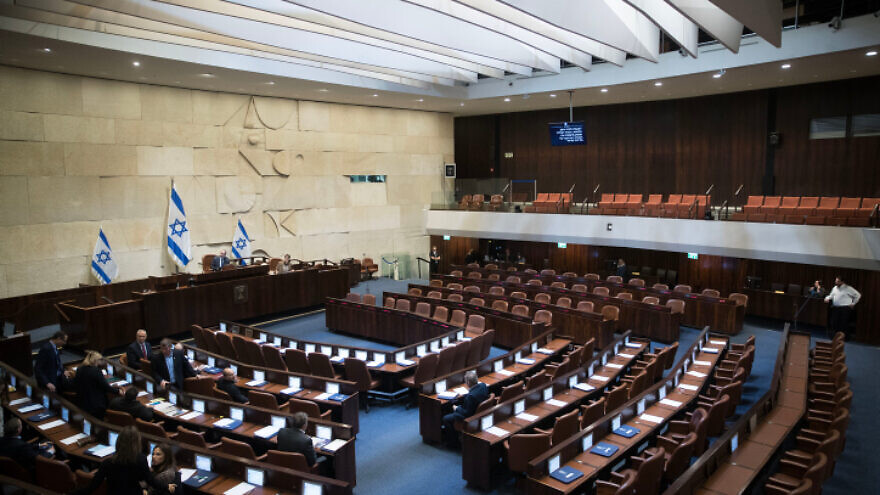 (May 7, 2020 / Israel Hayom) Israel will swear in a national unity government on May 13, agreed Israeli Prime Minister Benjamin Netanyahu, and Blue and White Party leader Benny Gantz, late on Wednesday. The parliamentary process for legislating the new government is expected to be completed by Thursday afternoon at the latest.

Earlier Wednesday, Netanyahu and Gantz met in Jerusalem to discuss the changes that could be introduced to their coalition agreement. On the table are senior appointments, the so-called “Norwegian Law”  (allowing ministers or deputy ministers to resign from the Knesset but remain minister, with their Knesset seat being taken by the next person on the party’s list), the Health Ministry portfolio and the possibility of extending the next government’s term to four and a half years, to be split evenly between Likud and Blue and White.

Following the High Court of Justice’s late-night unanimous ruling on Wednesday rejecting all petitions against Netanyahu forming a government while under indictment and against the coalition agreement, the reactions from across the political spectrum were quick to follow.

Former Justice Minister Knesset member Ayelet Shaked of Yamina welcomed the court’s decision, tweeting, “Even the obvious must be stated: This isn’t law, it’s politics. The arguments that were made in this petition turn the political process into a legal process, and it’s good that the court abstained from intervening. Giving the prime minister the mandate [for forming the next government] is the apex of a clear political process that implements the will of the people.”

Culture and Sports Minister Miri Regev (Likud) also welcomed the ruling, tweeting, “The judges in Jerusalem did well not to intervene. There’s a sovereign entity in Israel, the people, and they said their piece.”

On the other side of the political aisle, Meretz Knesset member Tamar Zandberg expressed her disappointment, tweeting, “I respect the High Court of Justice’s decision. Even if it’s legal for someone indicted on corruption charges to form a government, it doesn’t make the stench more bearable. Tonight [Wednesday] too, anyone lending Netanyahu a hand is a partner to corruption.”

Former Meretz head Zahava Galon said, “The moral injustice of allowing a man accused of crimes of moral turpitude to … serve as prime minister cannot be decided by any court, even if the ruling was made [unanimously] by 11 judges.”

The Movement for Quality Government in Israel, one of the petitioners, tweeted that although it would respect the High Court’s ruling, from a moral perspective “it’s impossible to accept a situation where a prime minister is suspected of crimes. The Netanyahu-Gantz government is the essence of the phrase ‘it’s kosher but it still stinks.’ On Saturday night, May 9, we will hold a large rally at Rabin Square [in Tel Aviv] under the banner of ‘Israel is ashamed.’ ”