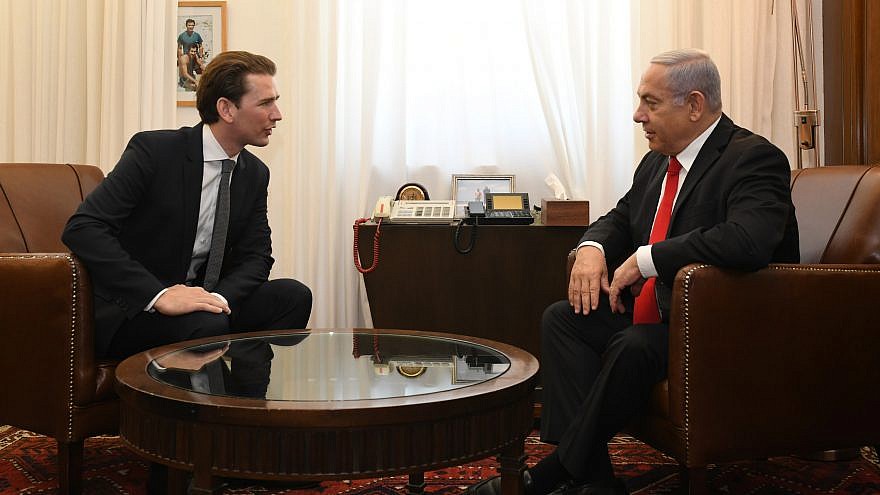 (November 3, 2020 / JNS) Israeli Prime Minister Benjamin Netanyahu and President Reuven Rivlin on Tuesday expressed the Jewish state’s strong support for Austria in the wake of the terrorist attack in Vienna on Monday.

“Israel condemns the brutal attack in Vienna and stands in total solidarity with Austria. Civilized peoples everywhere must unite to defeat the savagery of resurgent Islamist terrorism,” Netanyahu posted on Twitter.

Rivlin tweeted: “Our thoughts and prayers are with the people of #Austria as we follow last night’s despicable terrorist attack in #Vienna with concern.”

Two men and one woman were killed and 15 others, including a member of the police, were severely wounded when terrorists opened fire at several locations in central Vienna on Monday evening, the Vienna City Police Department said in a statement on Tuesday morning.

One of the attackers was shot and killed by officers, and was found to have been wearing a fake explosive vest, according to the statement. The suspect had been armed with an assault rifle and several handguns.

Early on Tuesday morning, Austrian Interior Minister Karl Nehammer appealed to people to stay and home and avoid downtown Vienna, warning that “at least one” attacker was still on the loose. Nehammer also said that the suspect killed by police was an Islamic State sympathizer.

The Vienna Police Department confirmed that the incident was an Islamist terror attack.

The suspect’s apartment had been searched by SWAT, and as of Tuesday morning, police were still investigating the large volume of footage captured of the incident.

Shortly after Monday midnight, Austrian Chancellor Sebastian Kurz expressed his gratitude for the support of European and international leaders in the wake of the attack and vowed that Austria would not be intimidated.

“I’m glad that our police officers have already been able to eliminate a perpetrator. We will never allow ourselves to be intimidated by terrorism and will fight these attacks resolutely with all means,” he wrote on Twitter.

The Austrian leader announced that the country’s armed forces would take over property-protection duties in the capital, “so that the police can concentrate fully on the fight against terrorism.”

“The thoughts of the entire country are with the victims, the wounded and their families, to whom I express my deepest condolences,” he wrote.