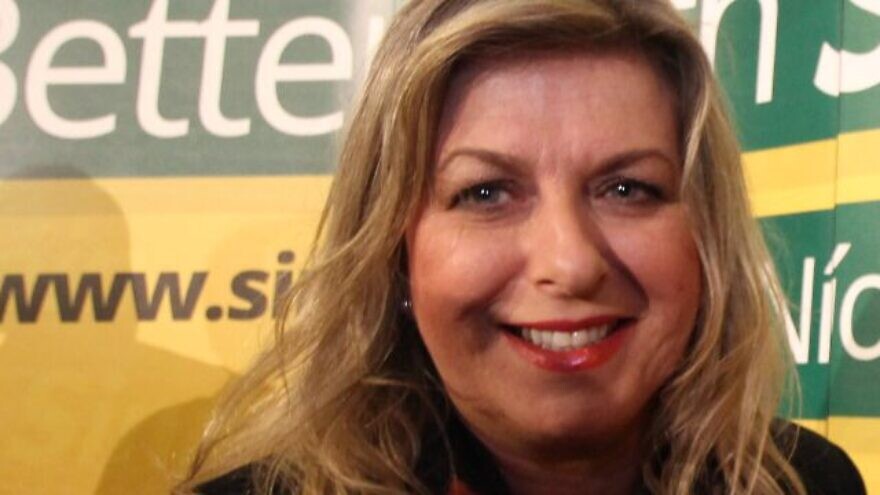 (February 19, 2020 / JNS) A newly elected member of the Irish Parliament has apologized for past anti-Semitic tweets.

“Some old tweets, most from before joining Sinn Féin and entering politics, have come to my attention,” said Sinn Féin MP Reada Cronin in a statement. ‘I apologise unreservedly and wholeheartedly to people I have offended because of these glib, off the cuff tweets that I sent in the past. I never intended to cause hurt or distress to anyone.”

“I will assist and work with everybody, without qualification. I abhor racism and bigotry of any shade,” she continued. “My character and my politics are Republican and egalitarian.”

“As a public representative, I am elected to deal with the issues my constituents have raised with me and also the national issues of homelessness, housing, health, child care and the myriad of issues that have been risen with me,” she added. “I am committed to this work.”

Cronin’s tweets included posting that “Israel have [sic] taken Nazism to a new level by showing they can get away with it,” and that anti-Semitic British Labour leader Jeremy Corbyn, whose party came in a distant second in the December elections in the United Kingdom, is a “principled man” who was subject to “lies, deceit, fake news, and the sinister activities of the Mossad Secret Service.”

The Sunday Times and Gript reported on Cronin’s past anti-Semitic comments.

The Jewish Representative Council of Ireland said while it acknowledged Cronin’s remarks, the council’s chair, Maurice Cohen told The Jewish News, “It is disappointing that her offensive comments have neither been criticised nor condemned by Sinn Féin leader Mary Lou McDonald.”

“Unfortunately, too many people in Ireland have an opinion on everything, whether or not they have any knowledge of the particular subject on which they are commenting,” he said. “Due to this lack of knowledge the term Nazism is bandied around in Ireland without knowing that it was, amongst other things, the premeditated, industrialised slaughter of six million Jews and many others that didn’t suit the Nazi Regime.”

Cronin’s left-wing party won 37 seats in the Irish election earlier this month, second to and one less than to the right-wing Fianna Fáil. Incumbent Leo Varadkar’s Fine Gael lost 12 seats, the biggest decrease, to come in third with 35 seats. A coalition government in the Irish Parliament lower house has yet to be formed.