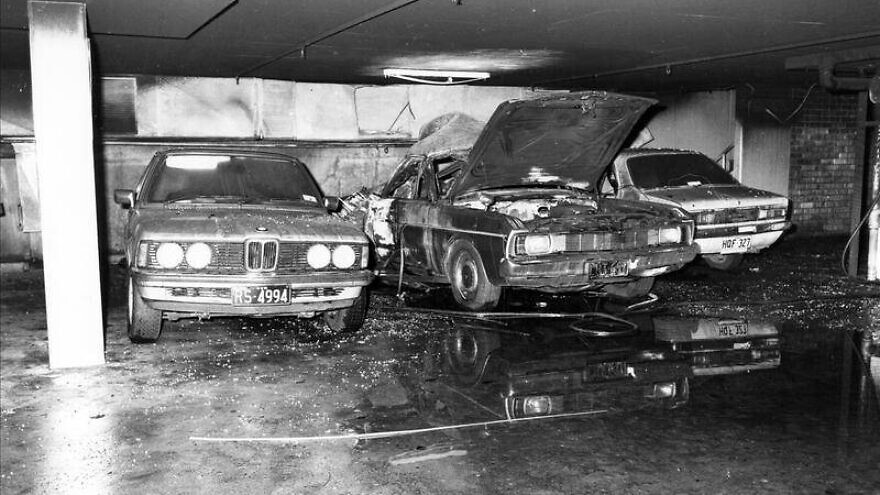 A $1 million reward has been posted by the New South Wales government for information leading to criminal convictions in connection with the bombings of Sydney's Israeli Consulate and the Hakoah Club in 1982. Credit: Courtesy.
Spread the word.
Help JNS grow!
Share now:

(December 5, 2022 / JNS) The New South Wales government is offering a $1 million reward for information leading to criminal convictions in connection with the bombing of two Australian Jewish institutions in 1982.

The reward, originally set at $100,000 in 2012, was increased on Monday, the first day of the Coronial Inquiry into the bombings, Australia’s first terrorism “cold case.”

On December 23, 1982, an explosion damaged the Israeli embassy in Sydney, followed by a vehicle bomb in the basement of the Hakoah Club in adjacent Bondi four hours later.

Detectives have dedicated thousands of hours over the years, particularly in the last decade, to solving this case, said Deputy Premier and Minister for Police Paul Toole, according to an official statement.

“These two horrific targeted attacks were international acts of terrorism, and despite extensive damage caused to the Israeli Consulate and the Hakoah Club, we are extremely fortunate that no one was killed,” said Toole.

“I hope this increased reward of $1 million will be the final push members of the public need to offer up information – no matter how big or small it may seem – to help police in their unwavering quest for answers and provide closure for all those involved,” he added.