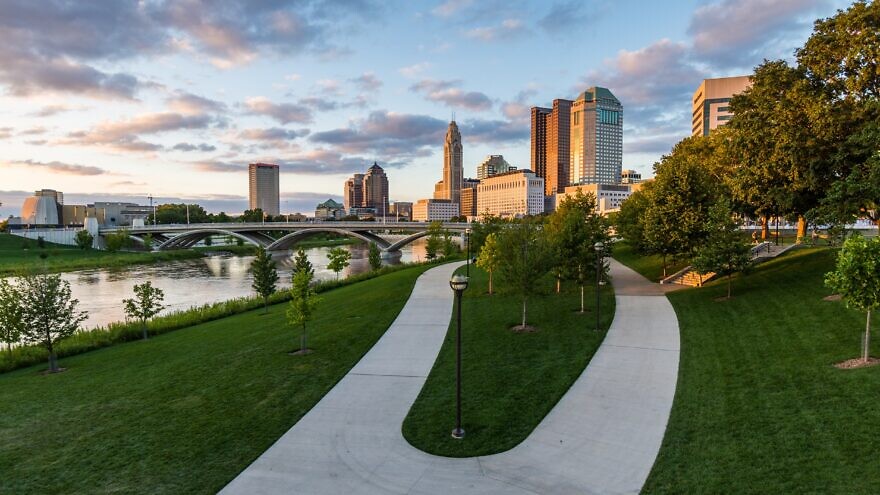 (May 2, 2022 / JNS) Political analysts across the country will be closely watching Ohio on Tuesday, as its early primary contest may give a good indication of how much an endorsement from former President Donald Trump will impact major Senate races.

In the Democratic Party primaries, the race is all but guaranteed for Rep. Tim Ryan (D-Ohio), the congressman representing Ohio’s 17th Congressional District in northeastern Ohio who has consistently led his opponents in the polls by more than 20%.

That’s in contrast to the Republican contest, which polls have shown to still be almost anyone’s race.

All but one of the candidates have actively sought Trump’s approval until he made a surprise endorsement on April 15 of venture capitalist and author J.D. Vance, who opposed Trump’s run for president in 2016.

For months prior, the race appeared not to have a clear leader, with businessman Mike Gibbons and former Ohio Treasurer Josh Mandel swapping leads in the polls, even coming close to a physical confrontation during a debate. 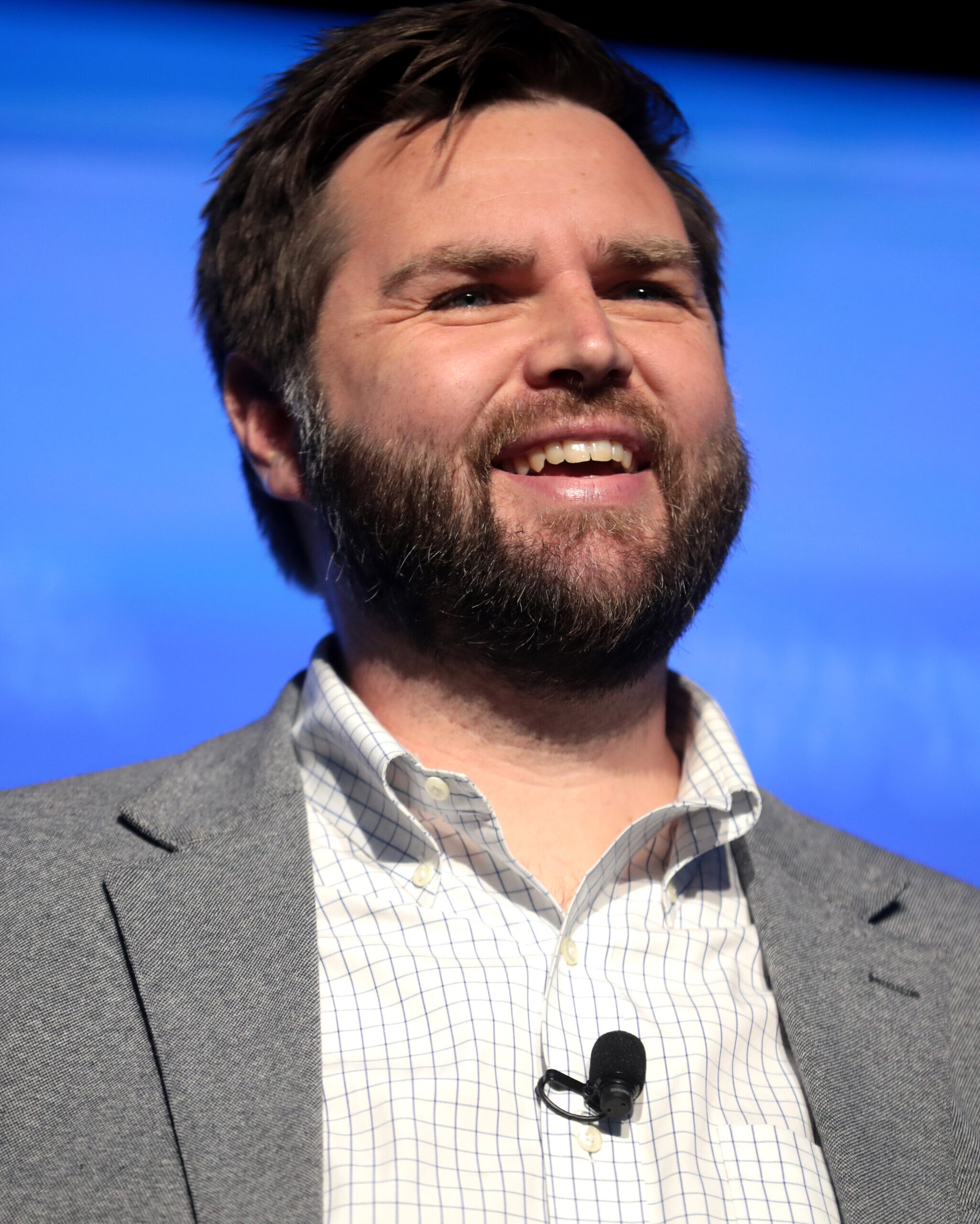 The most recent poll, conducted by the Trafalgar Group between April 28 and May 1, showed Vance’s lead continues to grow, leading by 4% over the Republican State Sen. Matt Dolan, who took the second position for the first time in the race by 1% over Mandel, in a poll with a 3% margin of error, making them tied statistically. Dolan was picked by 22% of the respondents, Mandel by 21%, Gibbons by 17% and attorney and former Ohio Republican Party chairwoman Jane Timken by 8%.

Kyle Kondik, managing editor of Sabato’s Crystal Ball at the University of Virginia’s Center for Politics, said that even with days until the primary race ends, almost every candidate still has a pathway to winning.

“You probably would rather be Vance than anybody else, but I don’t think he’s some sort of overwhelming lock to win,” said Kondik.

With the two frontrunners last week, which were Vance and Mandel, he said, there even isn’t very much difference between them on substance.

‘I’ll take on the radical-left establishment’

Mandel is Jewish and a U.S. Marine Corps veteran who served in the state legislature. Positioning himself as an outsider, he successfully ran for Ohio Treasurer in 2010 and was re-elected to the position in 2014. He ran for Senate against incumbent Sen. Sherrod Brown (D-Ohio) in 2012, when according to Kondik, he didn’t perform well and lost.

“I’ve been consistent my entire career; I’ve been anti-establishment,” Mandel asserted during an interview at the Conservative Political Action Conference (CPAC) in Florida at the end of February.

In the interview with JNS, he made a point of describing himself as having fought former Ohio Republican Gov. John Kasich, who he called a “RINO,” or a Republican in name only.

“I led the charge against him. One case was trying to do a federal takeover of education through Common Core … ,” Mandel said. “When Kasich was trying to keep the state’s finances in the dark, I led the charge against him, and I put the entire state of Ohio’s checkbook online. I said the taxpayers have a right to know how their tax money is being spent.”

Mandel said that when he is in the Senate, he will continue doing what he has done his entire career.

Mandel believes that Trump won the 2020 presidential election and said that as senator he would push for a forensic audit of votes in every state.

“I believe the election was stolen from Donald Trump,” said Mandel.

Vance, who is not Jewish, is also a Marine Corps veteran. He shot to stardom after publishing an autobiography about his hard, low-income upbringing, Hillbilly Elegy: A Memoir of a Family and Culture in Crisis, and his punditry on the political right.

“Maybe Vance is a little bit less predictable just because he’s never held office before and he’s kind of aligned himself with this … kind of almost like a nationalist, conservative camp,” said Kondik.

This time, with the midterm election, Republicans are likely to retain the seat made open by the retirement of longtime Sen. Rob Portman (R-Ohio).

“I think whoever wins the primary would start as a pretty solid favorite over Tim Ryan,” said Kondik.

Even without the endorsement of Trump, Gibbons and Mandel continue to run as pro-Trump candidates, while either ignoring or questioning the decision to endorse Vance.

In recent days, Mandel has toured the state with Sen. Ted Cruz (R-Texas) and has been the beneficiary of support from the Washington-based conservative PAC Club for Growth. 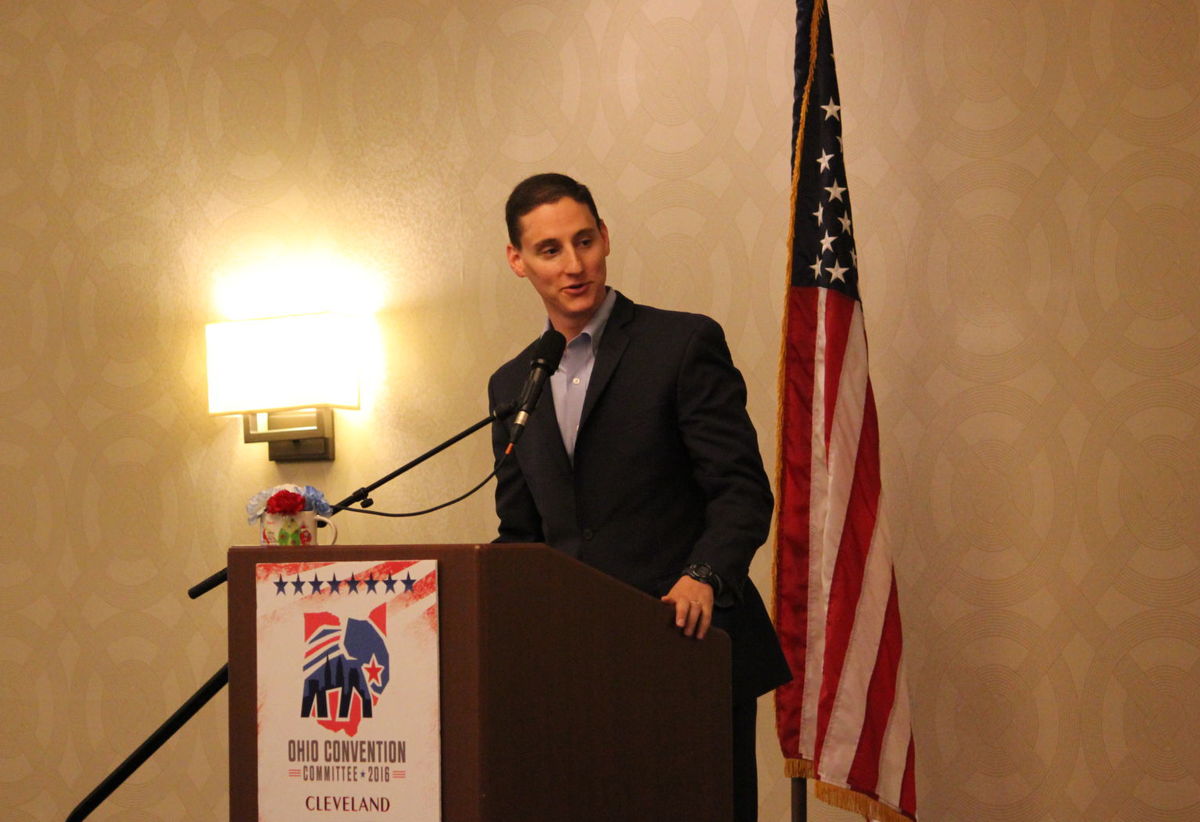 ‘I think it’s more about personality and comfort’

Trump’s endorsement of candidates in primaries, where most continue to claim to be his ideological offspring, often causes chaos among the pro-Trump candidates and supporters.

Matt Brooks, executive director of the Republican Jewish Coalition, which has not endorsed a candidate in the race, preferring to let the Ohio voters decide, said that Trump, like many other political figures from former U.S. Secretary of State Mike Pompeo to former Vice President Mike Pence, is trying to be a kingmaker.

Only one of the leading candidates, state Sen. Matt Dolan, has run a strategy of espousing strong conservative values and his legislative record while distancing himself from Trump. In polls, Dolan appears to be gaining momentum quickly. According to Kondik, this may be because some voters who may have originally sided with Vance because of his earlier anti-Trump statements may have moved to Dolan after Trump’s endorsement.

With so many candidates in the race, the winner may be decided by getting only as much as 25% of the vote, making it more likely candidates who were not considered frontrunners like Dolan may win.

Kondik said Dolan would have to do well in the big urban and suburban counties using a strategy similar to that of former Republican presidential nominee Mitt Romney, who narrowly defeated former Pennsylvania senator and GOP presidential candidate Rick Santorum in Ohio during the 2012 GOP presidential primary. Romney beat Santorum by receiving 37.9% of the primary vote by winning just the counties around Cleveland, Akron, Columbus, Dayton and Cincinnati, while Santorum won a large majority of the counties and got 37.1% of the primary vote.

Howie Beigelman, executive director of Ohio Jewish Communities, said that the community is closely watching the outcome because of the importance of the seat being filled. Portman, who was considered a moderate Republican, had a long and positive relationship with the Jewish community. Because of his ability to work across party lines, Portman led on issues such as cooperation between the United States and Israel, trade with Israel, combating BDS and community security. 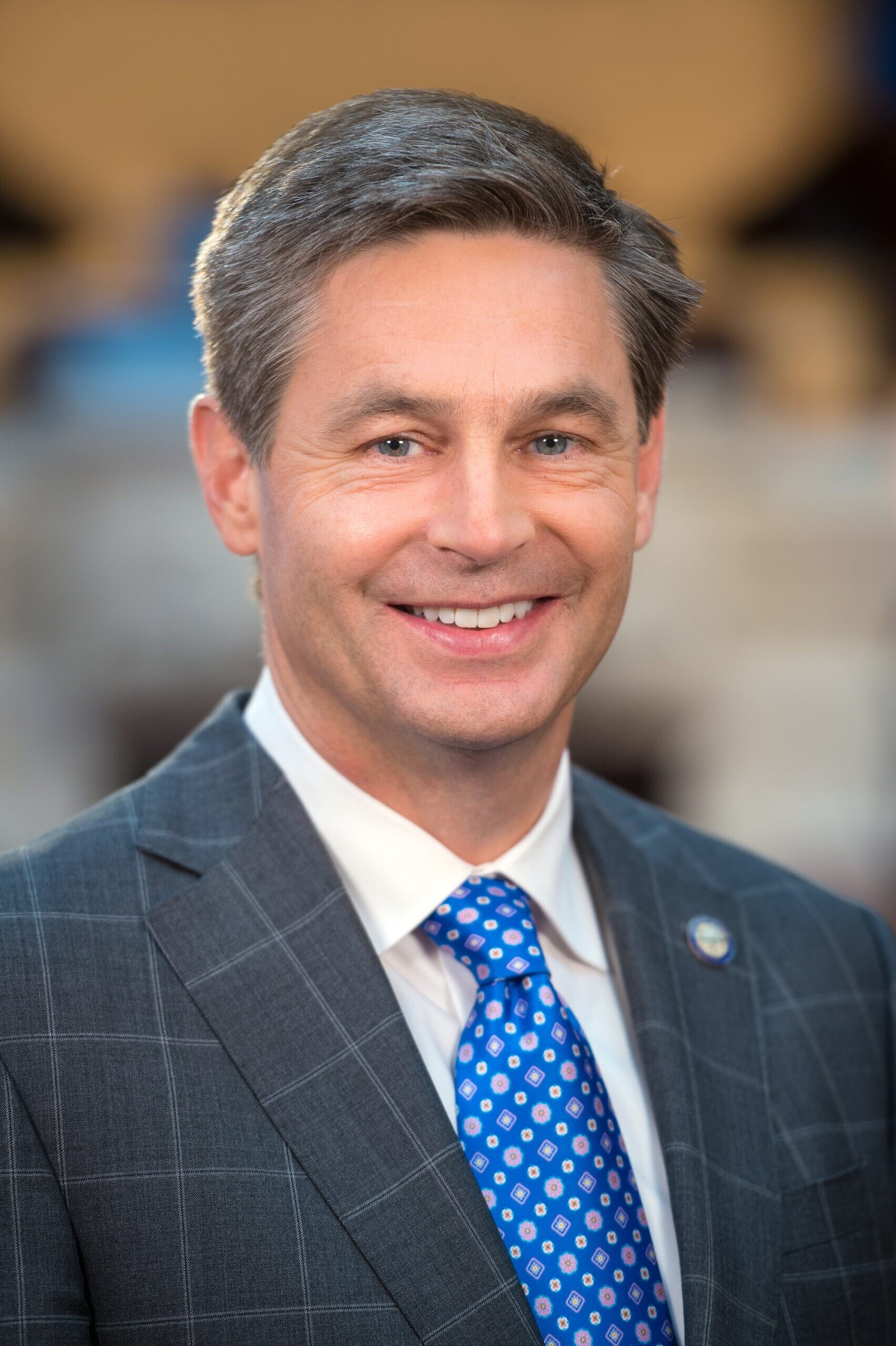 While most in the Jewish community will support the Democratic nominee, Republican Jews are split on the Republican candidates the same as other voters. But Beigelman said he was not too worried that any of the candidates would be bad for Jewish causes.

“I think it’s more about personality and comfort,” said Beigelman.

Gibbons, he said, made some in the Jewish community nervous when he was endorsed by Sen. Rand Paul (R-Ky.), whose hard-line libertarianism has led him to oppose or place conditions on assistance to Israel. Still, if he is the nominee, they will talk to him.

The other concern Beigelman has heard among the Jewish community concerns Russia’s war in Ukraine, which may have turned some in the community away from Vance.

Vance argues for a less activist foreign policy in his platform than other Republicans and the platform doesn’t mention Israel, though he has previously said he was pro-Israel in interviews.

“For two decades, global elites have played a trick on normal Americans: Send your sons and daughters to die for nation-building wars in some far-flung corner of the world, and when their utopian fantasies fail, accept millions of refugees into middle- and working-class neighborhoods,” Vance’s platform states. “This is a bad deal for Americans, a bad deal for our troops, a bad deal for the refugees, but a good deal for the elites who profit from endless war.”

Vance has stated that he is more concerned with what’s happening with the illegal immigration on America’s southern border than he was with the war in Ukraine and then doubled down in a statement on Twitter, saying that Ukraine was a corrupt nation run by oligarchs and as close to a functional democracy as Afghanistan when it was handed over to the Taliban in 2021.

In contrast, Mandel has positioned himself as a fighter with a focus on social values, touring churches throughout the state.

“I’m not sure why people are surprised or upset by that. If you don’t like him, you don’t like him. And this is just one more reason not to like him,” said Beigelman. “If you’re a strict church-state separationist, you decry the impact of center-right pastors and things in politics, I think you can be upset at him. But Ohio certainly is a place where clergy play a role within reason in politics.”

Mandel features Israel prominently in his platform and took part in a panel on it during CPAC.

“I’m a strong Zionist. I believe that Jewish people have the right to live, build and conduct commerce in every corner and inch of the State of Israel. That includes every corner and inch of Judea and Samaria,” Mandel told JNS, adding that he was proud of his cousins who live in “the Shomron”—using the Hebrew word for Samaria—and was not in favor of a two-state solution.

For Beigelman, the most important aspect of the senators would be their work ethic and focus on legislation.

“We’ve been lucky so far with Portman and Brown,” he said. “What the community needs is someone to keep that focus [on legislation] and help us move policy.”