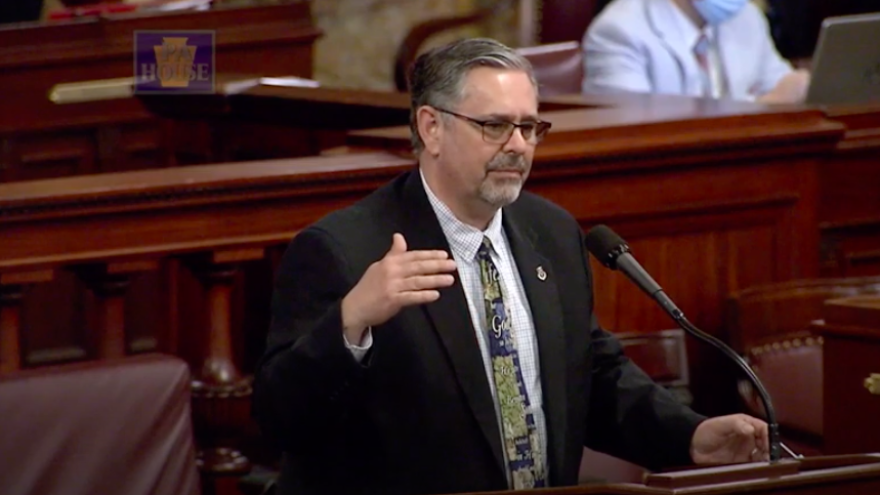 (May 5, 2020 / JNS) A Pennsylvania state representative apologized on Tuesday for comparing the administration of Gov. Tom Wolf to the Nazis and other repressive regimes as part of his accusation that the governor was not being transparent in releasing coronavirus data and information related to state’s business-waiver process.

During a committee hearing on Monday, Cris Dush, a Republican who represents the 66th House District in Jefferson County and Indiana County, said “the press has been having a very difficult time fulfilling its responsibility to the public getting information out because this governor has repeatedly refused all sorts of information.”

“More and more, I go back to the Democratic National Socialist Party, the Nazi Party; I go to the Union of Soviet Socialist Republics, the USSR,” he continued. “This is a socialist playbook.”

“Not only are these protests putting the public at risk, they are emboldening extremists who are openly comparing elected officials to Nazis,” JDCA executive director Halie Soifer told JNS. “This is threatening to Jewish Americans at a time of increased anti-Semitism and amid an unprecedented public health crisis.”

Later that day, Dush apologized in a speech on the floor of the state House of Representatives.

“In state government today, we were discussing the transparency bill and I wanted to put history into context,” he said. “I was talking about process early in the rise of a couple prior socialist governments to power and because of the one government system I was talking about, a number of people took exception to it, and this was in no way meant to reflect that our governor of anybody else would do the atrocities that were done by any of those regimes.”