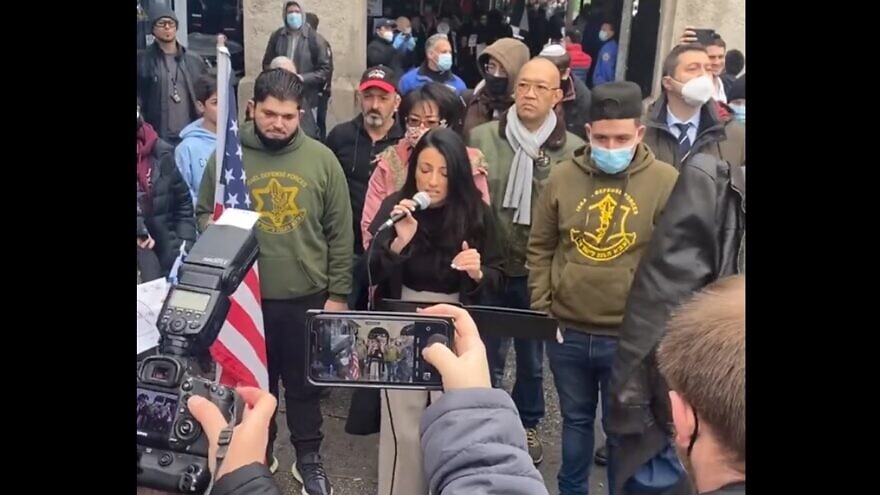 An estimated 100 people gathered for Sunday’s protest, which was held exactly a week after Blake Zavadsky was physically assaulted in Brooklyn for wearing a sweatshirt that featured the emblem of the Israel Defense Forces.

Zavadsky was punched in the face twice and had coffee thrown on him after he and his friend Ilan Kaganovich, both 21, were called “dirty Jews” and asked why they were in the neighborhood.

The NYPD’s Hate Crimes Task Force is investigating the crime, and released photos and video footage of Zavadsky’s attacker.

Vernikov led the protesters as they marched through Brooklyn chanting Am Israel Chai (“the Jewish people live”) and told the crowd that gathered: “We stand here today with one united message—we will not be intimidated.”

According to the NYPD, out of the 416 hate-crime attacks that took place between January and October 2021 in the city, 144 targeted Jews, i24News reported.