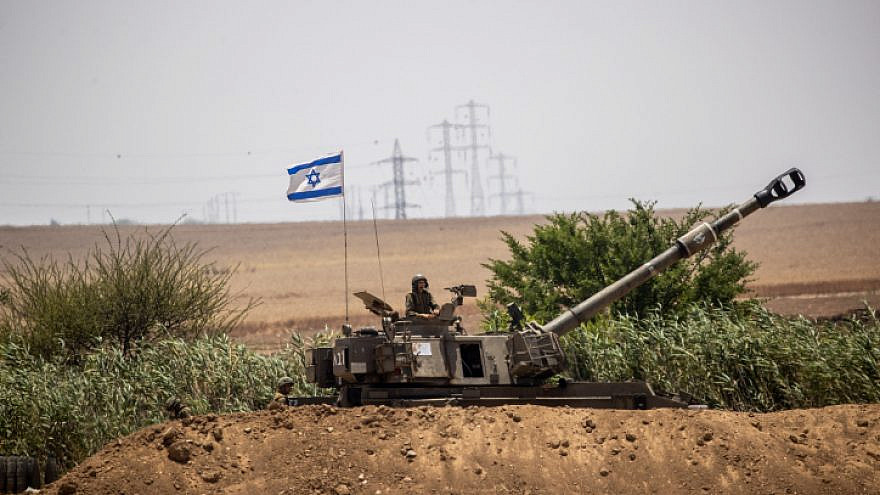 (October 28, 2021 / JNS) A new report from JINSA, a Jewish security think tank, finds that the Israel Defense Forces complied with the laws of war and even went to great lengths to minimize civilian casualties during the 11-day conflict in May with Hamas and other Palestinian Islamic Jihad based in the Gaza Strip.

It added that some of the measures, such as the legal screening of proposed targets; telephone calls and texts warning civilians of pending attacks; and the dropping of more than 1 million leaflets, “even exceeded similar steps in recent U.S. combat operations.”

“Our consensus judgment is that IDF military operations complied with LOAC (Law of Armed Conflict) and consistently implemented precautions to mitigate civilian risk, some exceeding those implemented in recent U.S. combat operations that we participated in, despite confronting an adversary that often sought to exacerbate that risk deliberately,” argued the assessment, which was undertaken by a dozen high-level U.S. generals, admirals and legal experts. “Yet we found a significant gap between this reality of IDF LOAC compliance, and of Hamas’s violation of it, and the public’s perception. Israel’s messaging efforts were unable to close this gap.”

The task force included Lt. Gen. Robert Ashley Jr. (ret.), former director of the Defense Intelligence Agency, and Gen. Charles Wald (ret.), who served as deputy commander of United States European Command. Findings were based on primary-source research, a fact-finding trip to Israel, as well as discussions with senior Israeli and U.N. officials.

Israel has drawn international criticism over its conduct during the roughly two-week Gaza conflict in May that saw more than 4,00 rockets fired on Israel and 13 Israelis killed, in addition to 256 Palestinians. Israel says at least 200 of them belonged to terror groups.

As such, the report noted that the IDF made several major missteps when it came to messaging efforts. In particular, the IDF failed to “close a significant gap between the reality of Israeli compliance with the Law of Armed Conflict (LOAC) and Hamas’s serial violations of those same laws.”

Even as accusations that Israel was violating LOAC grew louder and more pervasive, the task force found, it was actually Hamas that was launching indiscriminate attacks against Israel, directing those assaults against Israeli civilians and exposing Gazan civilians to avoidable risk.

The report’s authors also argued that there were significant lessons for the U.S. military from the conflict.

“The United States should prepare to face future adversaries—from loosely organized terrorist groups to conventional armed forces—that willingly put civilians at risk and blame the other side for it,” said the authors.

It noted that the U.S. military should train to operate in environments as densely populated by civilians as Gaza but with more limited intelligence, no air dominance and a contested electromagnetic spectrum while still observing the laws of war and explaining this legal compliance more proactively.