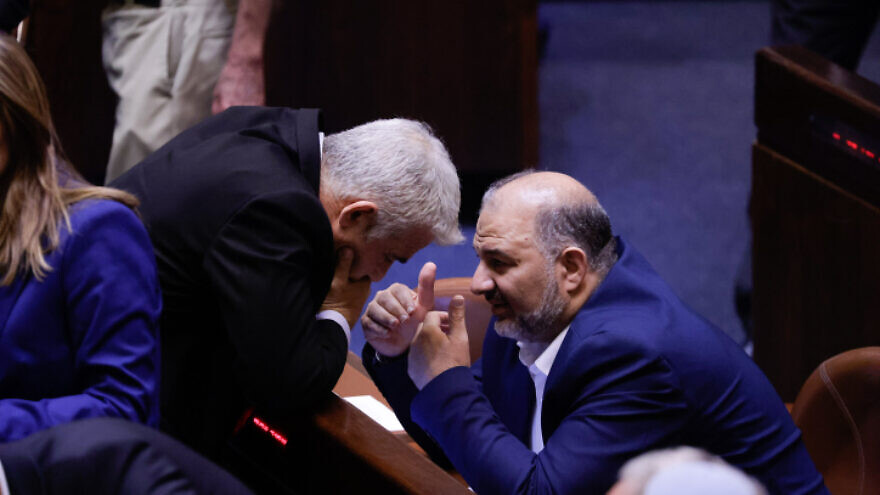 (July 21, 2022 / JNS) In an apparent about-face, Israeli Prime Minister Yair Lapid ruled out on Wednesday the possibility of forming a coalition with the far-right Otzma Yehudit and Islamist Ra’am parties for the Nov. 1 elections.

Speaking at the start of a faction meeting of his Yesh Atid Party, Lapid said: “These elections were forced on us, but they can be an opportunity that won’t repeat itself to get out of this entanglement and to set up a national, broad, stable government, without extremists,” according to Channel 12.

According to the report, Lapid was referring to Otzma Yehudit, headed by Knesset member Itamar Ben-Gvir, and Ra’am, headed by Mansour Abbas.

The report noted that this statement represents a change from Lapid’s position in the March 2021 elections when he said that Ra’am represented Israel’s Arabs and that he was thus prepared to cooperate with it.