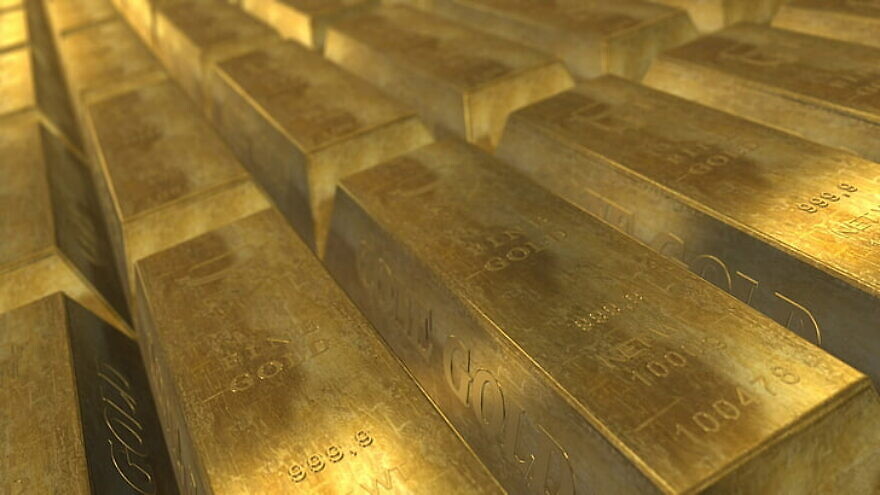 (May 1, 2020 / JNS) Amid economic collapse, Venezuela has been relying on Iran to prop up its oil industry by giving the Islamic Republic tons of gold bars, thereby depleting the South American country’s gold vaults, reported Bloomberg on Thursday, citing sources with direct knowledge of the matter.

The outlet reported that “government officials piled some 9 tons of gold—an amount equal to about $500 million—on Tehran-bound jets this month as payment for Iran’s assistance in reviving Venezuela’s crippled gasoline refineries, the people said. The shipments, which resulted in a sudden drop in Venezuela’s published foreign reserve figures, leave the crisis-ravaged country with just $6.3 billion in hard-currency assets, the lowest amount in three decades.”

The Latin American country holds some 70 tons of gold in its vaults, according to Bloomberg.

Mahan Air, which is sanctioned by numerous countries, including the United States, “has flown more than half a dozen jets to the South American nation in the past week alone. Most delivered gasoline additives, parts and technicians to help repair a key refinery along Venezuela’s northwestern coast,” reported Bloomberg. “Mahan has sent other planes to the international airport outside of Caracas, where they are loaded with the gold bars to take back to Tehran, said the people, who asked not to be named because they aren’t authorized to speak publicly about the transactions.”

Tehran and Caracas have been working together in attempting to evade U.S. sanctions against both countries.

This gold-for-oil exchange exemplifies a bigger issue posed by Iran, according to Emanuele Ottolenghi, a senior fellow at the Foundation for Defense of Democracies.

He wrote in The Dispatch that Venezuela’s “geographic location makes it easier to transfer goods procured on Latin American markets to Iran by plane. Iran can rely on vast networks in Latin America, many of which are linked to local Hezbollah financiers. Over the years, these networks have become involved in numerous illicit activities, including money laundering for drug cartels and gun-running.

“The individuals comprising these networks are usually Lebanese or Iranian nationals holding a local passport from the Latin American country where they reside. Their companies are locally registered and not subject to any sanctions regime. They have no difficulty buying directly from the U.S., including, potentially, dual-use technology—such as commercial drones, some of whose components could be repurposed for military projects. A direct flight from Caracas would help deliver these goods to Iran.”