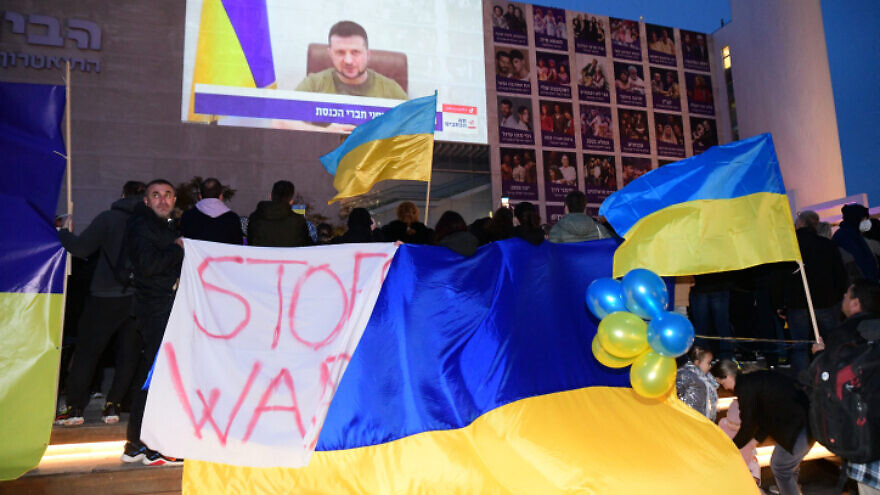 (June 15, 2022 / JNS) Ukraine has asked Israel for a $500 million loan, Israeli media reported on Tuesday, as the European country’s economy continues to be battered by Russia’s ongoing invasion.

The loan request was submitted some two weeks ago by Ukrainian Prime Minister Denys Shmyhal, according to Israel Hayom. Israel has confirmed the request and is “examining” the matter, the report stated.

The stated purpose of the loan was to help Ukraine deal with the “catastrophic impact” of the war on the country’s economy.

According to official statistics, Ukraine’s GDP decreased by 15.1% in the first quarter of 2022 compared to the same period last year, the report noted.

According to the International Monetary Fund, Ukraine’s economy is projected to shrink by a further 30% to 45% by the end of the year.

Israel has sent protective helmets and ceramic vests to Ukrainian emergency responders, and was the only country to operate a field hospital in the country this year, which treated some 6,000 patients.

However, Jerusalem has sought to balance its desire to assist Ukraine with concerns over deteriorating its relationship with Russia, which has significant air and land forces deployed in neighboring Syria, where Israel is conducting a shadow campaign to disrupt Iranian military entrenchment and intercepts weapons smuggling efforts to arm Hezbollah.