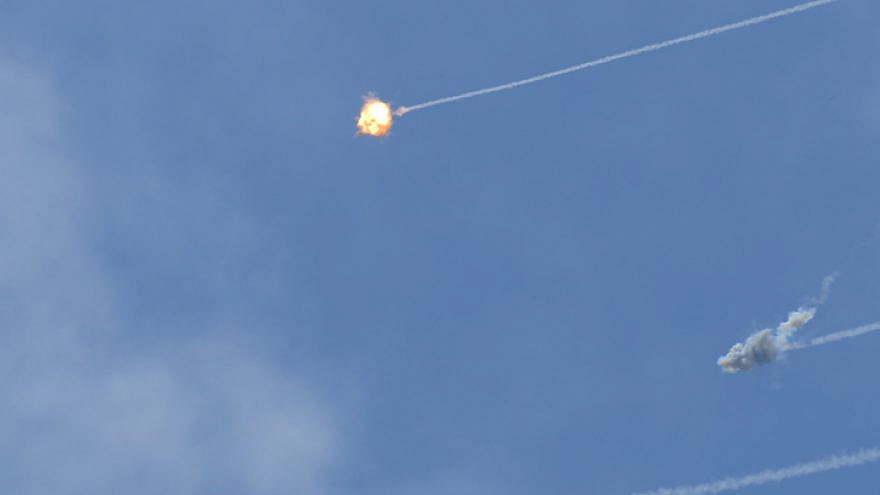 (August 16, 2021 / JNS) Terrorist groups in the Gaza Strip fired a rocket into Israeli territory on Monday morning, triggering sirens in Sderot and other Western Negev communities, according to the Israel Defense Forces.

Israel’s Iron Dome air-defense system intercepted the projectile, said the IDF, and no casualties or damage were reported.

It was the first rocket fired by Gaza terrorists since the end of Israel’s “Operation Guardian of the Walls” from May 10 to May 21, according to Kan news.

During that operation, Hamas and Palestinian Islamic Jihad fired more than 4,000 rockets at Israeli civilian centers. The Iron Dome intercepted some 90 percent of the projectiles, according to the IDF.

Israeli Prime Minister Naftali Bennett has warned Hamas that Israel will not tolerate a “trickle” of attacks as in the past.

“Our patience has run out,” he said on June 20 at a memorial for Israeli soldiers who fell during 2014’s “Operation Protective Edge” in the Gaza Strip.

Since Bennett took office on June 13, Israel has struck several targets in Gaza in response to cross-border arson attacks.