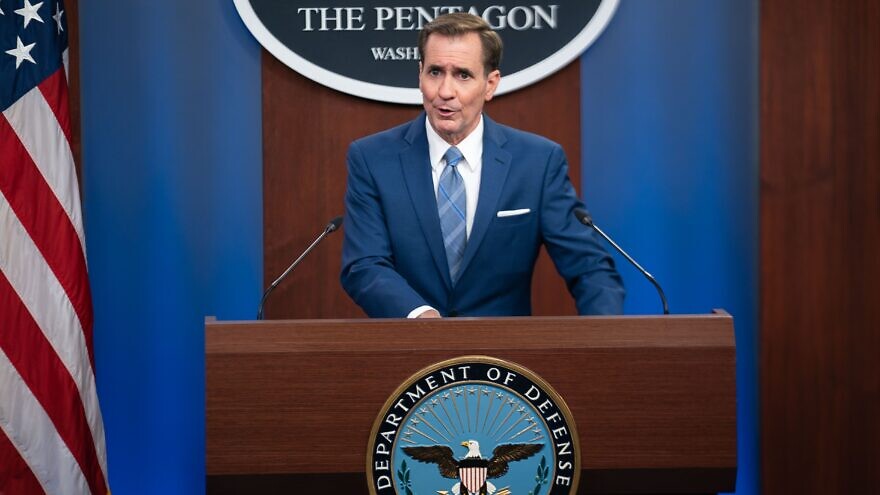 “Support is flowing both ways” as Moscow offers the Islamic Republic “an unprecedented level of military and technical support” in exchange for drones and possibly ballistic missiles to deploy in Ukraine, Kirby said.

“Russia is seeking to collaborate with Iran on areas like weapons development and training,” he said. “We are concerned that Russia intends to provide Iran with advanced military components.

“Let’s be clear. From this partnership a threat has been developing not only against Ukraine but also against Iran’s neighbors,” Kirby said, adding that American allies in the Middle East region and elsewhere have been notified.

When Ukrainian cities came under bombardment by Russia in October, Iranian UAVs were used in the attacks.

“Since August, Iran has transferred several hundred UAVs to Russia and Russia has been using these UAVs to attack Ukraine’s critical infrastructure and kill Ukrainian civilians,” Vedant Patel, principal deputy spokesperson of the U.S. State Department, said on Friday.

Those entities were involved in training personnel and the transfer of drones.