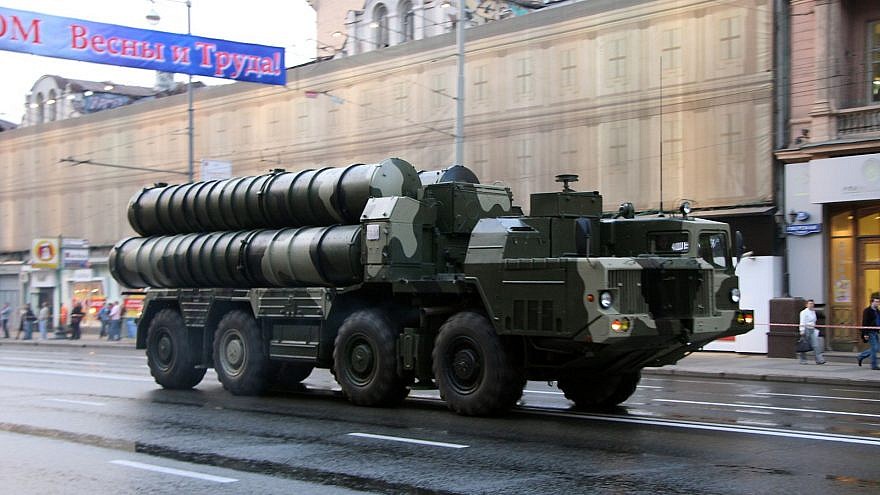 (May 12, 2022 / JNS) Russia has likely turned a blind eye to Syrian and Iranian transfers of Russian-made weapons to Hezbollah in Lebanon, a new report by an Israeli defense research center has assessed.

The Alma Center said in its findings that when Russia wishes to transmit messages of displeasure to Jerusalem over Israel’s “gray zone” campaign against Iranian targets, which Russia fears can destabilize the Syrian arena, it has, among other things, disregarded the movement of advanced Russian-made weapons from Syria to Hezbollah weapons depots in Lebanon.

The report estimates that Moscow has enabled the transfer of a host of surface-to-air missile-defense systems to Hezbollah from Syria, as well as the supersonic anti-ship cruise missile, the Yakhont. This comes despite the fact that Russia and Israel share an overall interest in Syria to keep Iranian entrenchment efforts in check.

In addition, Russia’s handover of S-300 batteries to Syrian President Bashar Assad under the control of its military has created a new challenge for the Israeli Air Force, stated the report. That development followed the downing of a Russian intelligence-gathering aircraft on Sept. 17, 2018, by Syrian air-defense missiles that had been targeting Israeli aircraft.

In the past, and as recently as April, Moscow has released what it claimed was information on the type of attacking Israeli aircraft—their number, the direction of attack, how many missiles were intercepted, and on occasion, the type of missile used by Israel.

“The purpose of the Russian publication was to send a message of Russian dissatisfaction with Israeli activity in  Syria in particular and sometimes also from overall Israeli policy in general, according to Alma’s report. “The last case of such publication was on April 16, when the Russians published the details of an airstrike carried out on April 14 west of Damascus. The purpose of this publication can be linked to the message that the Russians wanted to convey to Israel in connection with Russian dissatisfaction with Israeli policy regarding the war in Ukraine.”