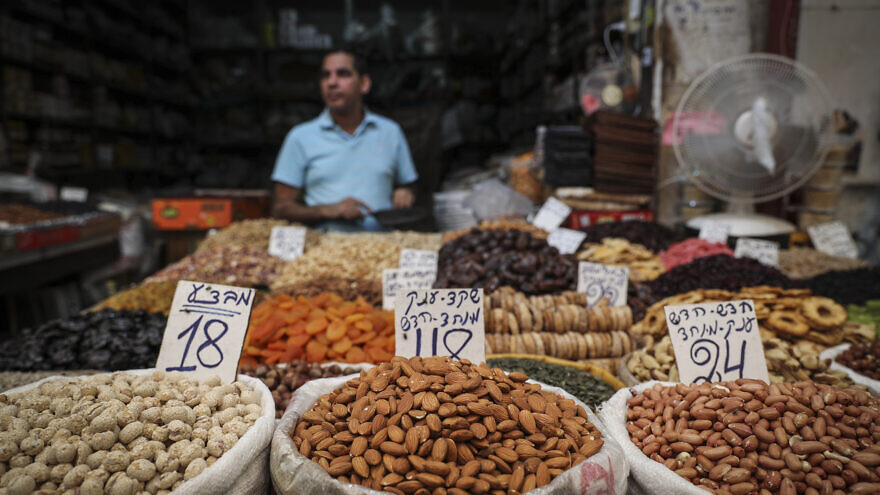 A nuts vendor at the Machane Yehuda open-air market in Jerusalem on a summer afternoon, on July 27, 2016. Photo by Nati Shohat/Flash90.
Spread the word.
Help JNS grow!
Share now:

(July 28, 2022 / JNS) The Hamas terror organization in the Gaza Strip imposed new taxes on imported clothing and office supplies, sparking limited but rare protests in the impoverished coastal strip with an unemployment rate near 50%.

The Ministry of Economy has proposed taxes on packaged nuts with an import tariff of 2,000 shekels (nearly $600) per ton, reported the AP. Nuts were previously tax-free when imported. The duty on a ton of toilet paper increased from $90 to $580.

The tax hikes are set to take effect on Aug. 1.

The move comes at a time when Gaza’s 2.3 million residents suffer not only from a 15-year Israeli-Egyptian blockade but also from a new price increase caused by global supply-chain issues and Russia’s invasion of Ukraine at the end of February.

Protests against Hamas are uncommon and frequently met with force. But according to the report, about two-dozen members of the clothing merchants’ union expressed their displeasure in public earlier this month.