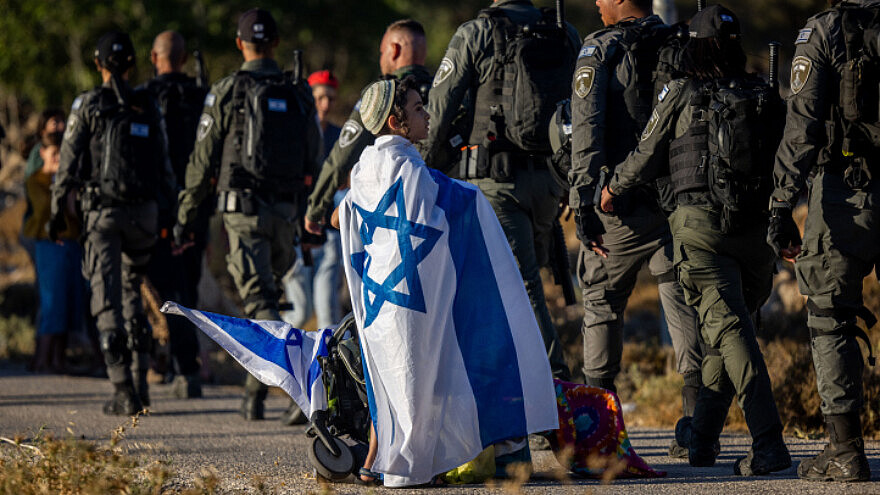 (July 21, 2022 / JNS) Settlement forces challenged Israel’s government with the establishment of six outposts in Judea and Samaria on Wednesday. In response, the government ordered the Israel Defense Forces to remove them.

Thousands of people, including hundreds of youth, took part in the initiative organized months in advance by the NGO Nachala, headed by long-time settlement leader Daniella Weiss.

People began assembling at prearranged gathering points starting at 4:00 p.m. on Wednesday, according to reports. Hundreds of IDF soldiers, Border Police and regular police set up roadblocks in order to stop the flow of people, Ynet reported.

“In accordance with government guidelines, security forces have been operating in the last few hours in a number of locations in Judea and Samaria to prevent civilians from illegally entering into closed military zones,” said a joint statement by the Israel Police and the IDF.

Activists were nonetheless successful in temporarily setting up six new outposts—two in the area of Judea, two in Binyamin and two in Samaria.

Nachala estimated that over 10,000 activists participated in the operation.

Clashes were reported at night and some youth were reportedly lightly injured, with several taken to the hospital. Security forces said five people were arrested in the Binyamin area. Honenu, a pro-settlement legal-aid organization, reported on Thursday morning that 11 activists had been arrested.

Security forces evacuated most of the outposts by morning.

A number of right-wing politicians and settlement leaders came out to support the settlement initiative.

“I see adults and young people with light in their eyes and Zionism in their hearts. There is no more legitimate protest than this,” said head of the Samaria Regional Council Yossi Dagan, according to Ynet.