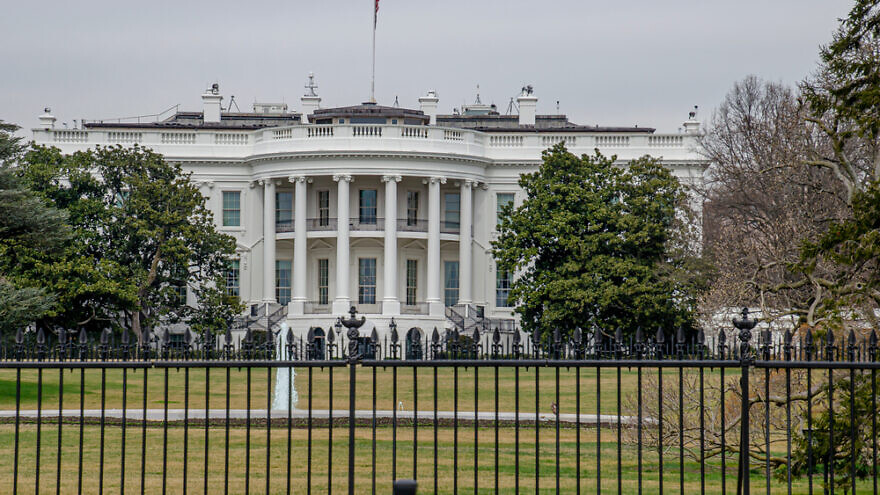 America is facing an “epidemic of hate,” said Second Gentleman Doug Emhoff, who chaired a discussion with Jewish leaders at the Eisenhower Executive Office Building.

“Let me be clear—words matter. People are no longer saying the quiet parts out loud, they are screaming them,” said Emhoff, the Jewish husband of Vice President Kamala Harris. “We cannot normalize this. We all have an obligation to condemn these vile acts. We must not stay silent. There is no either-or. There are no two sides. Everyone must be against this.”

Twitter has been flooded with antisemitic content since CEO Elon Musk’s takeover, and Black Hebrew Israelites have been marching through Brooklyn, claiming today’s Jews are fake. Antisemitic hate crimes in New York City last month were up were up 125% over last November’s figures.

The discussion also came a day after a bipartisan, bicameral group of 125 lawmakers, led by the chairmen of congressional task forces for combating antisemitism, called on the Biden administration to adopt a “whole of government” policy regarding the problem, including the creation of an interagency task force.

Aaron Keyak, State Department Deputy Special Envoy to Monitor and Combat Antisemitism, said in a phone interview that Wednesday’s event was not the result of any one incident or the recent series of controversies, but an acknowledgment of a broader problem.

Elana Broitman, Jewish Federations of North America’s senior vice president for public affairs, told JNS that the White House made no firm commitments going forward, “But there was a sense that this administration was really hearing us. There was a lot of note-taking.” She said that the congressional letter to Biden, which her organization worked to support, combined with Wednesday’s White House discussion, “are building blocks we can work off of.”

According to Broitman, the Jewish organizational representatives in attendance were “all fairly united in our concerns and our wish lists.” That included a broad feeling of distress about the rise in antisemitism on college campuses.

Julia Jassey, CEO of Jewish on Campus, was the only college student invited to the discussion. She told JNS that she had relayed that “many Jewish students are faced with the decision of whether to hide parts of their identity that they’re proud of. Or do they accept antisemitism in their college experience?”

Broitman said her wish list for the White House included stronger Department of Education oversight not just on college campuses, but in high schools and below, where antisemitism is increasingly fomenting.

She said a range of other groups also pointed to increasing government funding for nonprofit security, increasing implementation of the IHRA definition of antisemitism and addressing Jew hatred and bias against Israel at the United Nations.

While both Democrats and Republicans have often been slow to criticize antisemitic actions on their respective sides of the aisle, Jassey indicated Wednesday’s conversation avoided finger-pointing.

“My impression from the administration today is that they take antisemitism seriously, bar none. I think this went beyond a partisan issue. It didn’t enter the conversation,” Jassey said.

As to what comes next, Broitman told JNS that officials “weren’t specific. They’re publicly reflecting that this is not the end of the conversation. And we know that this doesn’t go away. So I didn’t leave with the feeling like it was one and done.”

Keyak said Wednesday’s roundtable was merely a first step by the Biden administration, and that “you’ll see we’re going to work together based off the recommendations of the various Jewish leaders, and then figure out what’s the best path forward.”