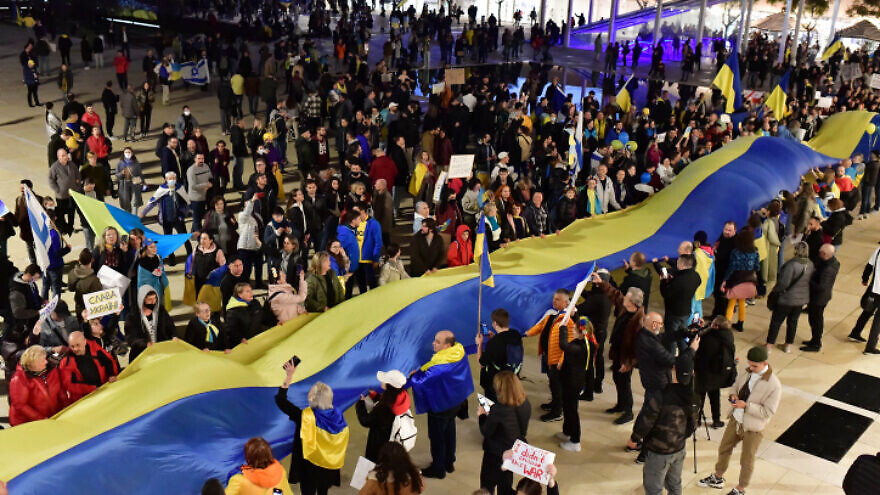 Demonstrators carry signs and flags during a protest in Tel Aviv against the Russian invasion of Ukraine, Feb. 26, 2022. Photo by Tomer Neuberg/Flash90.
Spread the word.
Help JNS grow!
Share now:

(February 27, 2022 / JNS) Thousands of Israelis took to the streets on Saturday to protest the Russian invasion of Ukraine. Social media showed swarms of people of all ages holding signs and chanting, calling on the Israeli government to stand up against Moscow.

Several ambassadors to Israel from the former Soviet Union were present at the event, according to reports.

“We stand with the people of Ukraine and hope for an immediate end to this war,” the pro-Israel NGO StandWithUs wrote in a Facebook post alongside an image from the rally.

Attendees reportedly marched from Tel Aviv’s Habima Square to the Russian embassy. Police kept the protestors several dozen meters away from the mission, according to media reports.

One participant, named by the Hebrew website Ynet as Alona, expressed anger “that our government is unwilling to support the Ukrainian people,” and said that being afraid to do so was “cowardly.” 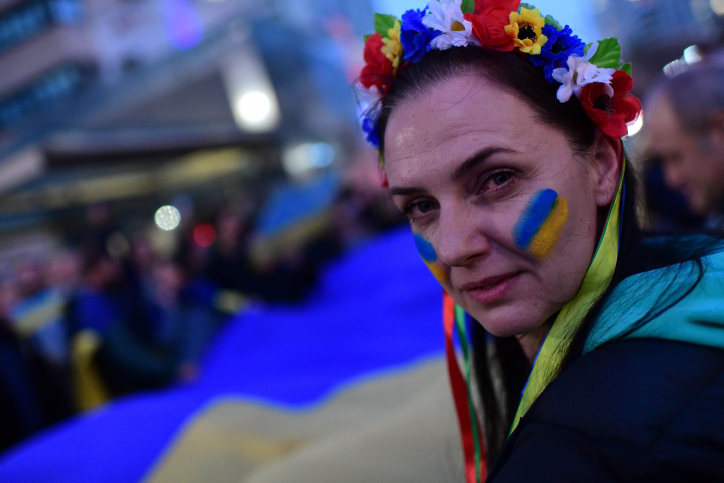 A woman participates in a rally in Tel Aviv against the Russian invasion of Ukraine, Feb. 26, 2022. Photo by Tomer Neuberg/Flash90.

Prime Minister Naftali Bennett, who has not made public statements about the war, has held conversations of support with Ukrainian President Volodymyr Zelensky, who is Jewish.

Israeli officialdom has to be careful about how strong a stance it takes against Russia, experts have said, due to its need to conduct operations in Syria, which Moscow has enabled by not intervening.

Israeli officials have been meeting daily about the conflict and teams have been dispatched to Ukraine with humanitarian aid. Israel’s security cabinet is expected to convene on Sunday afternoon to discuss the matter.