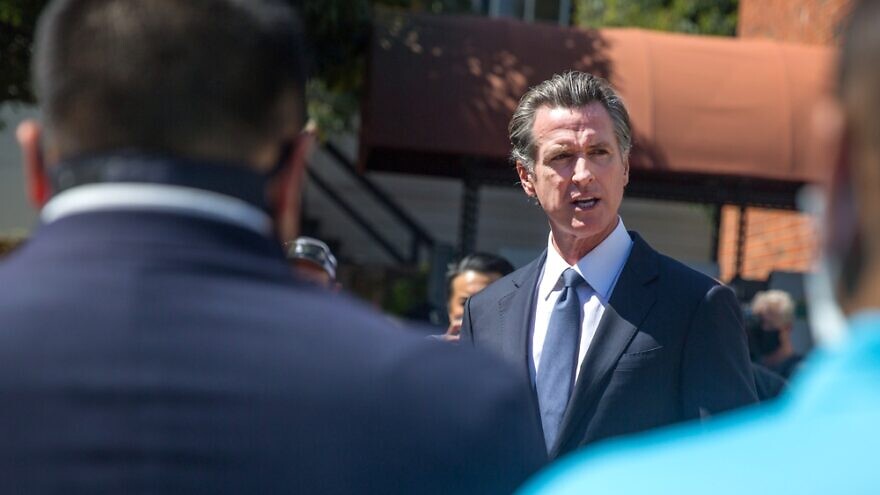 (October 1, 2021 / JNS) California Gov. Gavin Newsom is being pressured by thousands of Californians to reject a recently passed bill mandating ethnic studies as a high school graduation requirement as his Oct. 10 deadline to sign or veto the legislation slowly approaches.

Assembly Bill (AB) 1010 would mandate ethnic studies a requirement for all students in California public high schools within the next 10 years.

In a petition published on Monday, nearly 3,000 people argued that despite new “guardrail” language in the legislation, AB 101 “does not, and by law cannot” prevent school districts from using the previously vetoed, anti-Semitic first draft of the Ethnic Studies Model Curriculum (ESMC) or the “even more dangerously anti-Semitic” Liberated Ethnic Studies Model Curriculum. The latter curriculum includes “overtly anti-Jewish and anti-Zionist lessons and explicitly promotes student engagement in actions to harm Israel, especially BDS,” the petitioners wrote.

In a letter to Newsom on Thursday, a total of 74 religious, civil rights and education groups that support California’s Jewish community said they also “strongly urge” the governor to veto the bill.

In late September, 170 California high school students and parents signed a petition opposing AB 101, and hundreds of Holocaust survivors and their descendants called on Newsom to veto the bill. The Los Angeles Times also published an editorial against AB 101 and urged Newsom to veto the bill for the same reasons.

The first draft of the ESMC was rejected by Newsom, Jewish communal organizations, the State Board of Education and California’s Jewish Legislative Caucus due to its anti-Semitic rhetoric and promotion of the BDS movement. The California legislature recently voted to advance AB 101; Newsom has until Oct. 10 to take action regarding the bill.