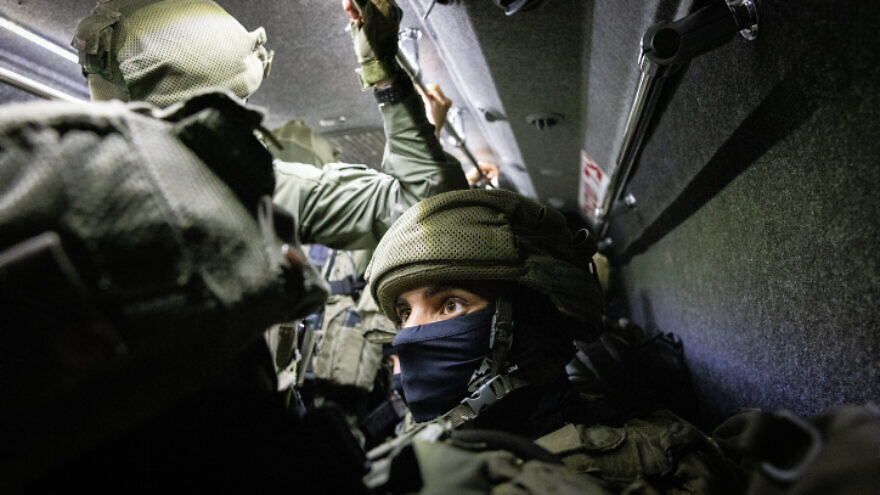 According to the Israeli military, troops on patrol near Beit Ummar, northwest of Hebron, came under attack after two of their vehicles broke down.

“Dozens” of Palestinians participated in the attack, shooting at the soldiers and hurling stones and improvised explosive devices at them, the Israel Defense Forces said in a statement.

The troops responded with riot dispersal weapons as well as live fire, the statement added.

The vehicles and troops were successfully extracted from the area, and no Israeli injuries were reported. The vehicles suffered light damage in the attack, according to the IDF.

The Palestinian Authority-run WAFA news agency reported that one person was killed and nine wounded by gunfire in the incident.

In the second incident, Palestinians hurled rocks and firebombs at Israeli forces near Kafr Ein, northwest of Ramallah, who responded with riot dispersal weapons and live fire, according to the military.

According to WAFA, two Palestinian siblings, aged 21 and 22, were killed in the exchange.

The IDF said it was aware of reports that two Palestinians had been killed in the incident, which it added was “under review.”

A general strike was declared in Ramallah in response to these incidents, according to WAFA.