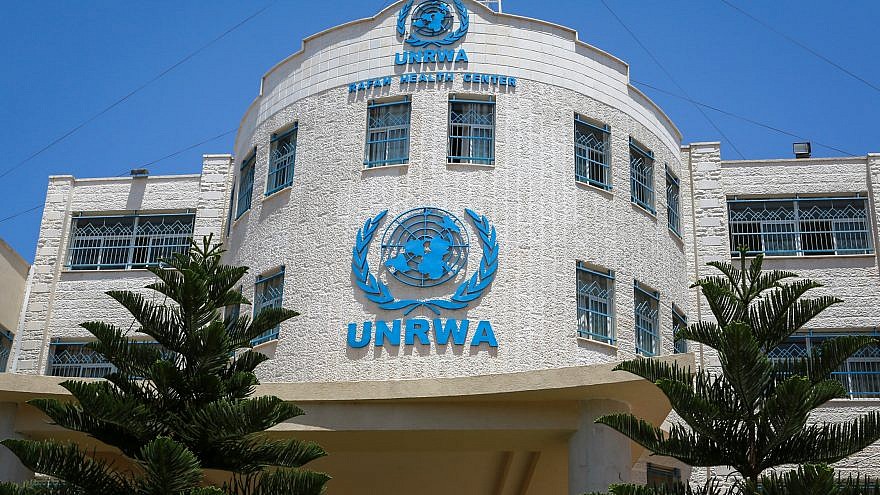 A view of the United Nations Relief and Works Agency (UNRWA) building in Rafah in the Gaza Strip on July 26, 2018. Photo by Abed Rahim Khatib/Flash90.
Spread the word.
Help JNS grow!
Share now:

(December 31, 2021 / JNS) The United States announced that will be providing $99 million in funding to the United Nations Relief Works Agency (UNRWA), the world body’s agency that handles Palestinian refugees.

According to the U.S. State Department’s Population, Refugees, and Migrations Bureau, the funds will “provide education, health care, and emergency relief to hundreds of thousands of Palestinian children and families during a time of need.”

Currently, UNRWA supports some 5 million Palestinians across the Middle East.

The U.S. is proud to announce $99M for UNRWA to provide education, health care, and emergency relief to hundreds of thousands of Palestinian children and families during a time of need. U.S. remains focused on the agency's accountability, transparency, neutrality, and stability.

The announcement is part of the Biden administration’s efforts to restore funding to the Palestinians that were largely severed under the Trump administration due to concerns over anti-Semitism within the U.N. Agency. In particular, UNRWA has been accused of teaching anti-Semitic materials in its educational curriculum as well as inciting violence against Israel.

In September, the head of UNRWA, Commissioner-General Philippe Lazzarini, admitted that hate and glorification of violence were being taught in UNRWA-run schools and promised to address the situation.

Despite the funding promises by the Biden administration, the agency has had a significant budget shortfall with Lazzarini warning in November that it would have to cut staff.