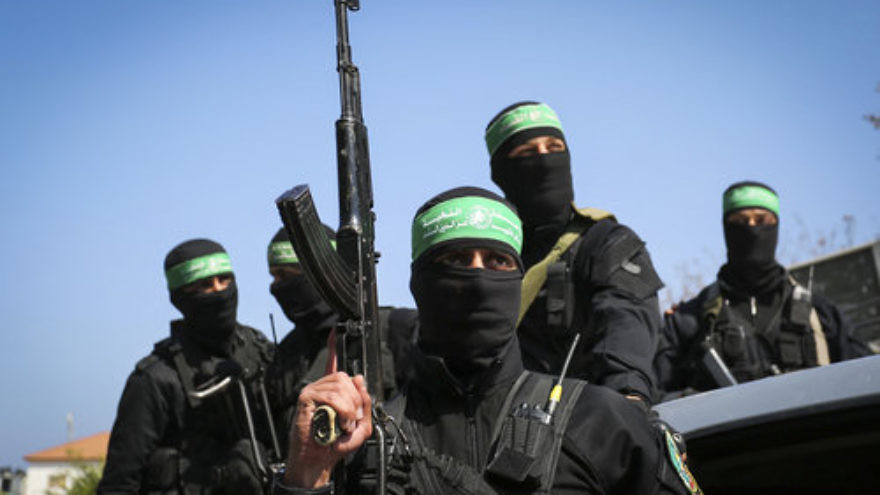 (January 4, 2021 / JNS) A new report from the State Department has found that U.S. authorities have had mixed results in blocking assets going to terrorist entities and state sponsors of terrorism.

According to the Terrorist Assets Report, which is sent annually to Congress, the United States saw a decrease in blocking assets to Hamas, Palestine Islamic Jihad (PIJ) and Iran’s Islamic Revolutionary Guard Corps (IRGC) from the previous year, while it blocked more in assets tied to Iran, Syria and Hezbollah in that period.

Furthermore, the United States blocked $40,000 in assets tied to the Popular Front for the Liberation of Palestine (PFLP).

Jonathan Schanzer, who worked on sanctions policy at the U.S. Treasury Department, and currently serves as senior vice president of research at the Foundation for Defense of Democracies, told JNS that the report “is often a reflection of U.S. sanctions priorities.”

Therefore, he said, it’s unsurprising that “Iran, Syria and Hezbollah saw an increase in blocked funds,” although he noted that it was unusual “to see a drop in IRGC blocked funds, given that the guards remained a focus of administration policy.”

“Similarly, one might have expected a slight uptick in blocked Hamas assets, given administration priorities,” he continued. “PIJ and PFLP are both relatively small terrorist groups, so the amount of blocked assets would logically be small.”

Schanzer said “it should be noted that the U.S. has captured fewer assets over the years, as terrorist groups have adjusted to the U.S. sanctions system. While working in dollars is still attractive, these groups have been forced to work in other denominations given the heightened risk. To a certain extent, the U.S. can be said to a victim of its own success.”