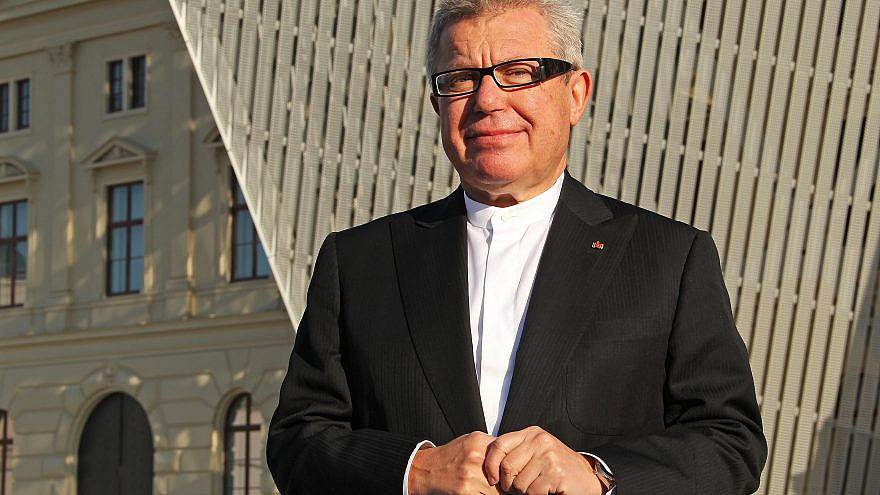 (May 4, 2021 / JNS) Tree of Life*Or L’Simcha Synagogue in Pittsburgh announced the selection of an architect on Tuesday to lead its reconstruction and preservation following the October 2018 mass shooting at the temple, when 11 Jewish worshippers were shot and killed by a lone gunman during Shabbat-morning services.

New York-based architect Daniel Libeskind will spearhead the project along with the urban-design firm Rothschild Doyno Collaborative of Pittsburgh, according to the Pittsburgh Post-Gazette. Libeskind, the son of Holocaust survivors, designed the Jewish Museum in Berlin and the World Trade Center memorial following the Sept. 11 attacks.

“It is with a great sense of urgency and meaning that I join the Tree of Life to create a new center in Pittsburgh,” Libeskind said in a statement. “Our team is committed to creating a powerful and memorable space that addresses the worst anti-Semitic attack in United States history.”

Plans include creating a home for the Holocaust Center of Pittsburgh’s exhibits and public programs; and preserving and modernizing the synagogue’s main sanctuary space so that it will serve “as a flexible space for worship, celebrations, educational programming and communal events,” said Barb Feige, executive director of the congregation.

She added that “Mr. Libeskind will also help us create a welcoming, commemorative space to reflect and remember the horrific events and lives lost on Oct. 27, 2018.”

Other parts of the building, including a smaller chapel and rooms where the attack took place, will be demolished. Stained-glass windows from both the chapel and the sanctuary that depict biblical and historical Jewish themes will be preserved, reported the Pittsburgh Post-Gazette.