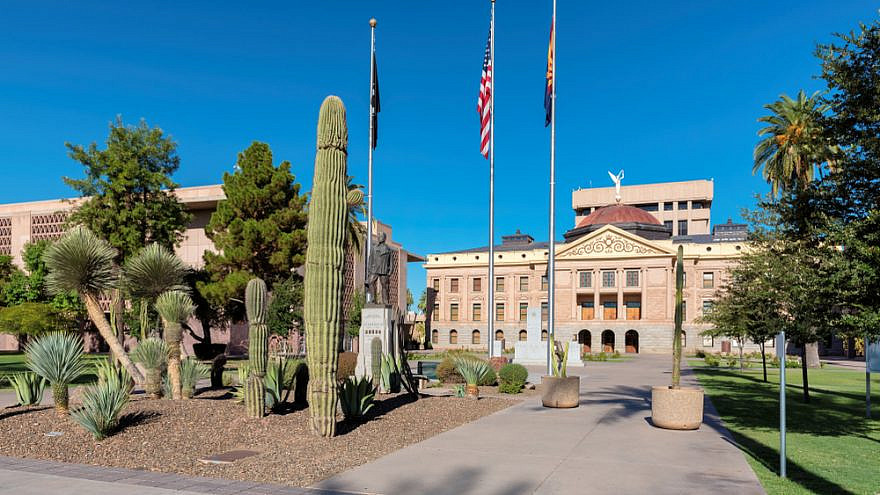 (April 16, 2021 / JNS) In Arizona, the issue of Holocaust education and the debate over how to combat modern versions of anti-Semitism have suddenly collided with the state’s legislature.

Earlier this year, a bill to require education on the Holocaust and other genocides was introduced and passed by the Arizona State House unanimously. However, the bill has hit a snag in the Arizona senate, where there is a push to include an amendment that contains the International Holocaust Remembrance Alliance’s definition of anti-Semitism.

Arizona State Sen. Paul Boyer, a Republican, told JNS that the goal of the Holocaust education bill is not only to teach about the past but to prevent future injustices.

“The purpose of this bill is not simply to mandate a fact-of-the-matter, look back in history for our children,” he said. “It is ultimately about our forward-facing goal of improving our future as a society by reflecting upon outstanding tragedies and injustices of the past from which key lessons must be learned.”

As such, Boyer said that the IHRA definition must be included to provide a safeguard against other forms of anti-Semitism.

“We have to make sure we include the International Holocaust Remembrance Association definition in any Holocaust education legislation that we put into state law in order to prevent Holocaust Inversion,” he emphasized, referring to which is a term used to describe the false portrayal of Jews and Israel as Nazis or oppressors.

In particular, the IHRA definition responds to the accusation and includes the act of “drawing comparison of contemporary Israeli policy to that of the Nazis.”

Indeed, the legislative hold-up of the bill and dispute over the IHRA amendment comes as left-wing and progressive academics and activists are pushing back against the IHRA definition by offering alternatives that leave open criticism of Israel, its government and its policies.

‘Protecting Jewish citizens from crime and discrimination at home’

This deliberation seems to have crept into Arizona politics as well.

Last year, Arizona House Bill 2683, which would incorporate the IHRA definition into Arizona law to help law enforcement, was on the fast track towards passage, garnering the most co-sponsors in Arizona state history. It was eventually stalled in the State Senate after dozens of liberal and progressive groups spoke out against it, saying that it would criminalize free speech. The bill eventually died all together when the Arizona legislative session adjourned due to the coronavirus pandemic. 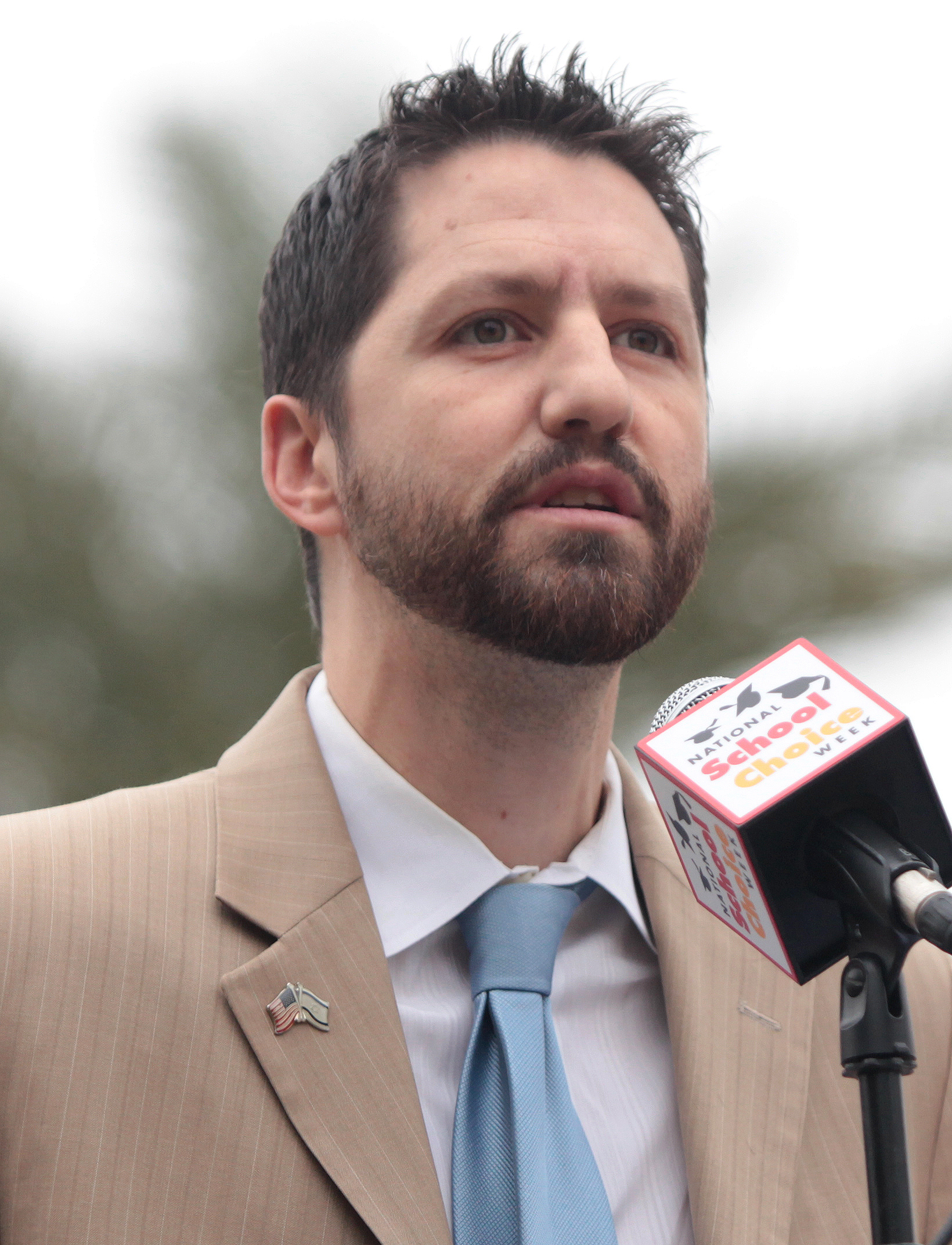 A key backer of both the IHRA and Holocaust bill last year was State House Rep. Alma Hernandez, a Mexican-American Jewish Democrat.

In a letter she wrote last year, along with Arizona Senate president Karen Fann, a Republican, to her colleagues in the Arizona Senate, they spoke out forcefully against concerns over the IHRA legislation could harm free speech.

“The IHRA Definition of Antisemitism that this legislation would implement already serves as the consensus standard among dozens of developed nations with Jewish populations. This same definition is embraced by our federal government and is utilized by the U.S. Departments of Education, Justice and State,” they wrote.

“Rejecting this consensus definition of contemporary anti-Semitism, particularly by suggesting that Jews ought to only be protected as a religion, would represent a harmful undermining of equal protection for victims of anti-Semitism and would effectively remove material legal protections that Democrats and Republicans have already agreed applies to Jews.”

This legislation “is about protecting Jewish citizens from crime and discrimination at home,” they wrote.

Earlier this year, Hernandez reintroduced the Holocaust education bill after the legislation was stalled due to COVID-19 and its resulting lockdowns and gathering restrictions (it passed the House in 2020 and was expected to pass the Senate and be signed by the governor until the pandemic hit).

Hernandez, however, said that she would not be reintroducing the IHRA bill because it was “too much drama.”

The Holocaust bill eventually cleared the House with unanimous approval in a 59-0 vote and is now in the Senate. Any changes to the bill would require it to be passed by the House again before the governor could sign it.

Yet with progressives in Arizona mounting a fierce campaign last year against the IHRA bill, gaining support among Democrats for the inclusion of the IHRA amendment to the Holocaust education bill has been a challenge.

“These are two issues [the IHRA and the Holocaust education bill] that I know we could find common ground and agree on. And part of being able to accomplish all of this was working on both sides of the aisle and continuing to work with people even if I don’t agree with them on every issue.” Hernandez said in an interview with Jewish Insider in March 2020.

However, so far she has not spoken out in favor of including the IHRA amendment, which would combine the two issues into the same bill.

Hernandez did not respond to a JNS inquiry on whether or not she supports adding the IHRA amendment to the Holocaust education bill.

Boyer said that bill could pass tomorrow if it included the IHRA amendment “as an educational standard and safeguard.”

“To pass this bill without grounding it in the IHRA Definition would leave our primary legislative intent unfulfilled and create a real possibility of seeing the Holocaust-education curriculum corrupted in ways that could ironically boost contemporary anti-Semitism, rather than combat it.”

‘It would send a powerful message’

At the same time, the bill and the amendment have also touched off a debate among the Holocaust-survivor community in Arizona.

George Kalman, 86, a concentration-camp survivor living in Phoenix, was 9 years old when he and his family were deported from Hungary to a Nazi slave labor camp in Austria. He told JNS that he believes including the IHRA definition is important to teach about contemporary anti-Semitism.

“We don’t want Holocaust education without the IHRA definition of anti-Semitism. That would ruin the whole purpose and deny students the tool that they need to understand anti-Semitism in today’s world,” he said.

An email campaign was also launched that included 500 unique emails from survivors, family members of survivors and other concerned citizens to the Arizona legislature in support of the IHRA definition.

Not all feel that way. Sheryl Bronkesh, president of the Phoenix Holocaust Association, told JNS that she is opposed to the inclusion of the amendment.

Bronkesh, who said that her organization has worked for several years to get the legislation passed, said she favors keeping the two bills separate. 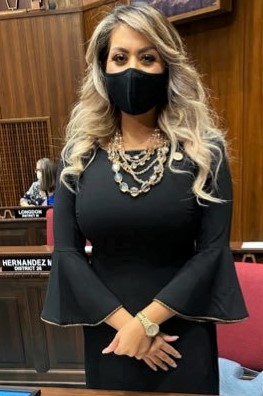 “One is contentious, and one isn’t. They came late to the game to add an amendment to the bill,” she pointed out, adding that she would love to see the Holocaust bill passed unanimously and that it would send a powerful message.

In particular, Bronkesh said that Arizona is losing many Holocaust survivors each year and feels it would be meaningful to have the bill passed while they are still around.

“I’ve lost 10 survivors last year; I just want my survivors to see this signed while they are alive,” she said. “They don’t belong together.”

Despite the stalling of the bill in the legislature, the Arizona State Board of Education last October made a rule change that requires students to receive instruction on the Holocaust at least twice between seventh and 12th grades.

Bronkesh said the law would help to “codify it” to protect against any future changes.

She added that the Holocaust bill also includes teaching about four other genocides and that it would be unfair to just include anti-Semitism within that individual legislation.

“To add anti-Semitism only affects the Jews, not the other genocides that are included in the bill. We believe you look at all these. What you learn from the Holocaust can help prevent the future of genocides—not just of Jews, but of everybody.”

But others say that including the IHRA definition in the bill would do exactly that.

Jake Bennett, director of policy and legislative affairs for the Israeli-American Coalition for Action, told JNS that including the IHRA definition within the legislation would help safeguard Holocaust education.

“The Israeli-American community is descended from one of the largest survivor communities in the world. Based on lessons learned with other educational initiatives, our children would be among the first to be singled out for anti-Semitic denigration and harassment if the IHRA definition is not included as a safeguard,” he said.

While Bennett noted that between the Republican majority in both chambers of the Arizona legislature, combined with moderate Democrats, the Holocaust bill with the added IHRA amendment would likely easily pass, that advocates really want a unanimous vote for such an important issue.

“Holocaust education must be relevant to the present and not just the past, and that is accomplished by including the IHRA definition.”