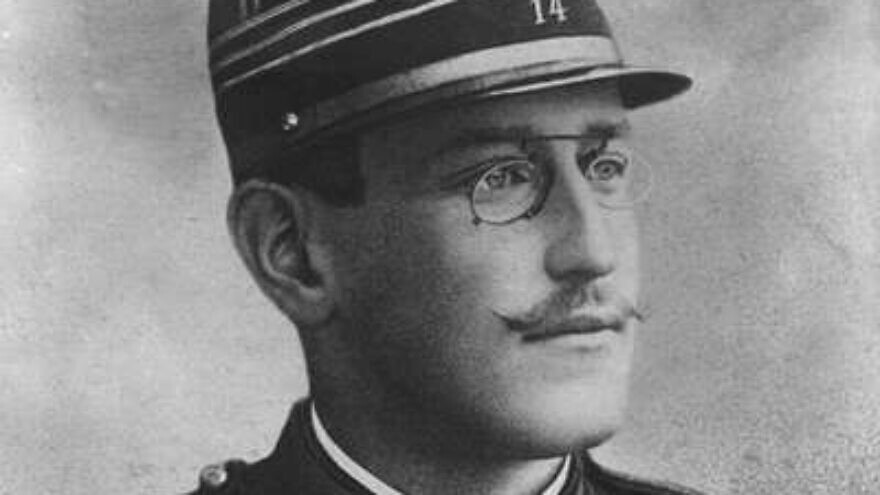 (October 13, 2021 / JNS) The BBC changed the description of a new French period crime drama that identified Alfred Dreyfus, an army captain falsely convicted of treason, as a “notorious Jewish spy.”

The broadcaster edited the written synopsis of the BBC Four program “Paris Police 1900,” which premiered on Oct. 9, after receiving complaints from the Holocaust Educational Trust (HET) and British Jewish actress Tracy-Anne Oberman.

A spokesperson for BBC explained the mishap, saying: “The sentence was not intended as an historical statement, but to reflect the rumors towards the Dreyfus case that we see in the drama, which also depicts the rise of anti-Semitism,” reported The Jewish Chronicle. The show’s new description simply refers to Dreyfus as someone “arrested for spying.”

Karen Pollock, chief executive of the HET, was outraged by the mistake and tweeted on Sunday, “I don’t understand how these things aren’t checked and somehow get through.” British-Jewish actress Tracey Ann-Oberman asked the BBC, “Are you an actual Nazi propaganda channel?”

Dreyfus was a French Jewish army captain wrongly convicted of spying in 1894 for allegedly selling military secrets to the Germans. A victim of anti-Semitism, he was pardoned in 1899 after it was revealed that evidence in the case against him was forged. His original conviction was overturned in 1906, and he later served with the French army in World War I.

“Paris Police 1900” focuses on the rumors that Dreyfus was released from Devil’s Island, where he served his prison sentence. The French-language show was created by graphic novelist Fabien Nury and is inspired by true events.