feature
‘Rendering Witness’ exhibit displays risks artists took while the Holocaust raged in Europe
Shiryn GhermezianJNS
“The choice by many victims of the Nazis to document their experiences through art was a form of resistance, and it was one that left a critically important set of records for future generations,” says Jack Kliger, president/CEO of the Museum of Jewish Heritage in New York.
featureChaim Soutine artwork exhibited for first time in Israel in 50 years
Eliana Rudee
“Although he did not paint a single ‘Jewish’ painting, such as daily life in the shtetl, polemics or long-bearded rabbis, there were those who recognized in him the Jewish artist who expressed more than anyone else the Jewish tragedy of his times,” said exhibit curator Yaniv Shapira.
briefSenior US State Department officials outline commitment to recalling the Holocaust
“We’re committed to help the 80,000 or so survivors of the Holocaust who live in the United States achieve a measure of justice … when it comes to the material losses suffered during the Holocaust,” said Cherrie Daniels, the Special Envoy for Holocaust Issues.
briefNew York Ed Department offers free student field trips to Museum of Jewish Heritage
The museum visits are the second step in the new anti-hate crimes curriculum for New York City public schools introduced by city officials.
Scroll to view more 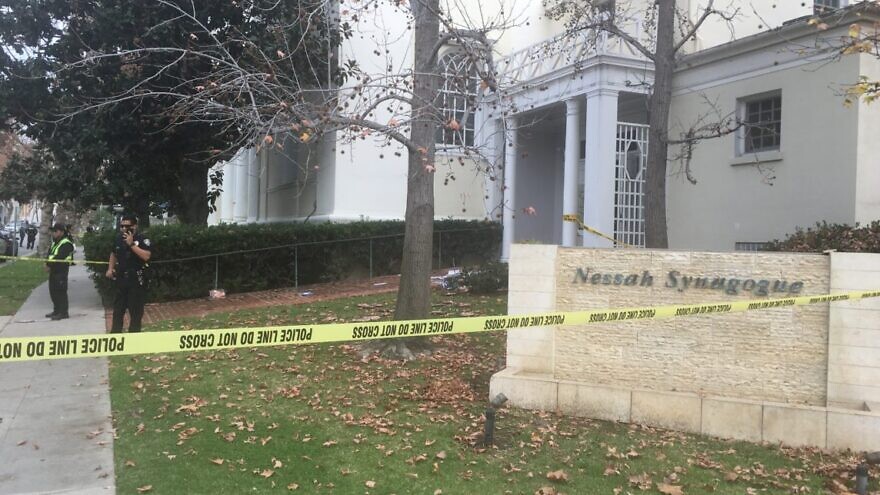 The Beverly Hills Police Dept. (BHPD) is “actively investigating” a series of incidents of vandalism in the city of Beverly Hills over Shabbat, according to a police statement.

According to BHPD, police responded to a call from Nessah Synagogue, one of the largest Iranian Jewish synagogues in Los Angeles, shortly after 7 a.m., after an employee notified security when he arrived for work and found an open door, and the synagogue ransacked.

Police believe a lone male suspect committed what they are describing as a “series of minor vandalisms as he traversed through the Rexford/Elm alley south of Wilshire during the early morning hours.”

Police say the same suspect—described as a white male between the ages of 20 and 25, who was captured on the synagogue’s security cameras—then made his way to Nessah at approximately 2 a.m. and forced his way into the synagogue.

According to the police statement, “He then moved through the synagogue, heavily ransacking the interior. He overturned furniture and distributed brochures and material throughout the interior. He damaged several Jewish relics, but fortunately the main [Torah] scrolls survived unscathed.”

Police said it does not appear that anything was stolen. No one was inside the synagogue at the time, and no one was injured. Although the police are investigating this as a hate crime, they say the suspect left no markings or other overt anti-Semitic signs. Police are still searching for the suspect.

Beverly Hills Mayor John Mirisch issued a statement saying, “This cowardly attack hits at the heart of who we are as a community. It is not just an attack on the Jewish community of Beverly Hills, it is an attack on all of us. The entire city stands in solidarity behind Nessah, its members and congregants. We are committed to catching the criminal who desecrated a holy place—on Shabbat, of all days—and bringing him to justice.”

There were no services at Nessah synagogue on Saturday morning. While some people arrived to discover the shul cordoned off, others received phone calls from members and friends prior to services informing them what had happened.

American Jewish Committee regional director Richard Hirschhaut was at the scene and told the Jewish Journal, “We’re very pleased the Beverly Hills Police Department is treating this investigation as a presumptive hate crime. There is a term in law, ‘the thing speaks for itself,’ and we believe, and we concur, this indeed is a grotesque act of hate and we look forward to the perpetrator being brought to justice.”
He added, “We stand in solidarity with the good people of Nessah Synagogue and the City of Beverly Hills, and its official entities to assist in the investigation and in the healing of this terrible episode.”
Sam Kermanian, a senior adviser to the Iranian American Jewish Federation and a self-described “unofficial member” of Nessah, told the Journal, “I’m here to thank BHPD for their tremendous response.”

Police have released this photo of the suspect. Surveillance video shows the suspect has short, dark and curly hair, a thin build, and is wearing shorts, low-top shoes (possibly Pumas) and is possibly wearing prescription glasses. BHPD Lt. Elisabeth Albanese said he carried a backpack and was pulling a rolling suitcase. Anyone with any information should contact the Beverly Hills Police Department at 310-285-2125. 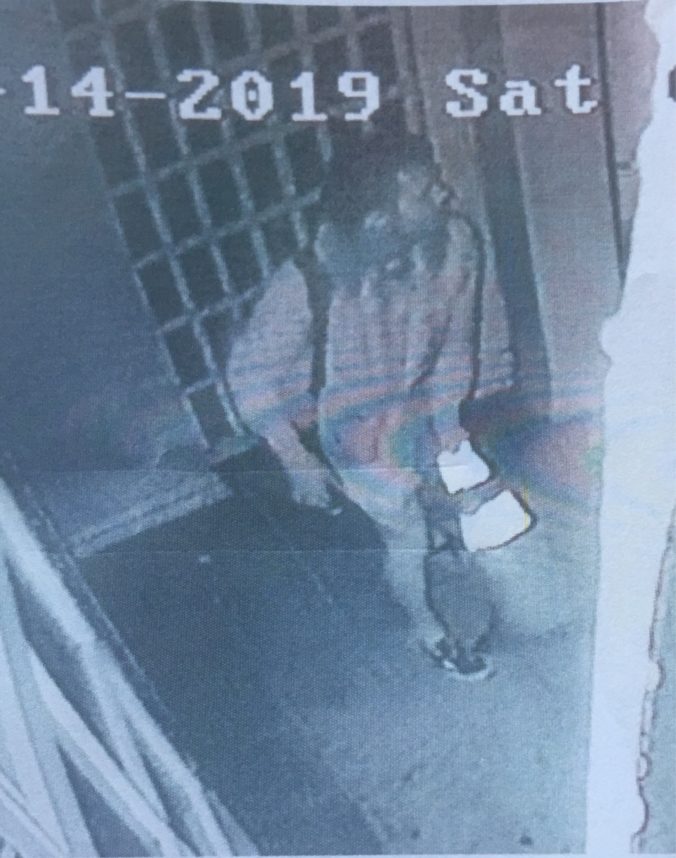