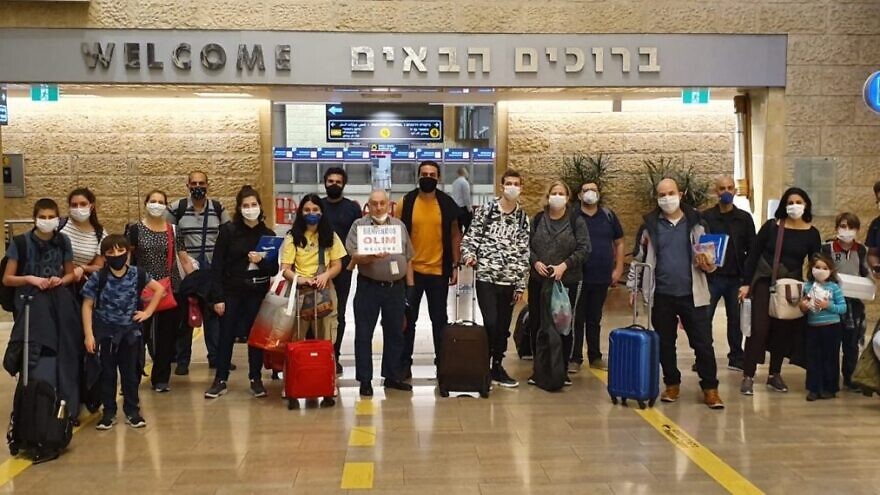 (July 29, 2020 / JNS) Thousands of Brazilian Jews interested in immigrating to Israel attended an online fair this week, organized by the Jewish Agency for Israel.

Since March, 140 Brazilian Jews have arrived in Israel.

This week’s online aliyah fair for Brazilian Jews was the first in history to take place online, rather than in either São Paolo or Rio de Janeiro, where previous events for the Brazilian Jewish community have been held.

The virtual event allowed thousands of participants from throughout Brazil to learn about possibilities for a new life in Israel—from housing and employment to information about health care and help for children starting school.

According to the Jewish Agency, 2,400 people took part in the event with the information presented there reaching some 7,000.

The Jewish community in Brazil currently numbers some 93,000 in about 14 main locations, with São Paolo home to the largest community, followed by Rio.

The ongoing coronavirus crisis in Latin America in general and Brazil in particular, where even President Jair Bolsonaro has contracted the virus.

As of July 29, there are 2.5 million cases of infection reported in the country with more than 88,000 deaths—the highest numbers outside of the United States.

That has led to an increased number of Jews in those countries sending out feelers about aliyah. In June, the Jewish Agency opened files for 632 Jews in Latin America—116 percent more than the 293 files it opened for residents of Latin American countries in June 2019.

Jewish Agency chairman Isaac Herzog said, “Particularly at this challenging time for the world, it’s moving to see Jews’ growing interest in making aliyah, and even more to see those who have made aliyah during coronavirus. They come to Israel out of a strong sense of belonging and a desire to contribute to the country, and are not giving up on their dream of building their future here.”