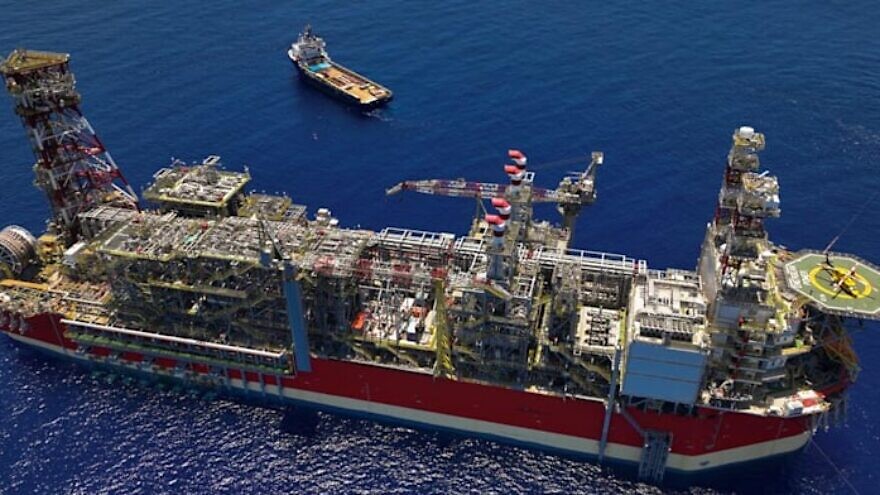 (October 26, 2022 / JNS) The British-Greek hydrocarbon exploration and production company Energean plc announced on Wednesday that it had begun extracting natural gas from the Karish gas platform off the northern Israeli coast, a day before Israeli and Lebanese leaders are due to sign a United States-mediated agreement that demarcates the maritime border between the two enemy states.

In a statement, Energean said the development is a significant milestone in promoting a vision of a competitive Israeli gas market and increasing the country’s energy security and independence.

On Thursday, Prime Minister Yair Lapid will sign the agreement mediated by U.S. energy envoy Amos Hochstein, at his office in Jerusalem, before a ceremony marking the sealing of the agreement is held at the United Nations Nakura base in south Lebanon, with the participation of Israeli and Lebanese delegations as well as officials from the U.S. and U.N.

Gas sales from Karish are expected to reach full operational levels within four to six months, according to Energean.

Some 70 percent of Israel’s electrical needs are today supplied by natural gas. In the future, Israel plans to send gas via a pipeline to liquefaction plants in Egypt, which will then be shipped to Europe.

“On Thursday, we are going to sign a historic agreement with Lebanon. And Israel will become in the near future a major supplier of gas to Europe,” Lapid told the visiting Dutch Prime Minister Mark Rutte on Monday.