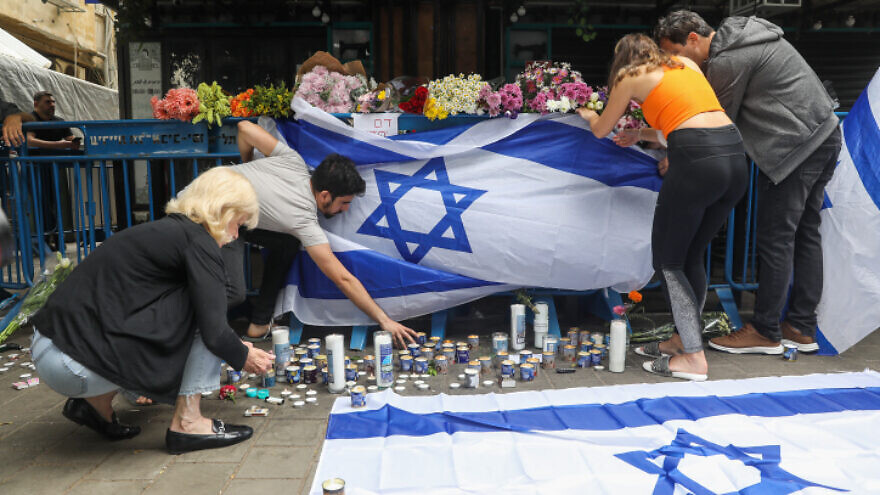 (April 20, 2022 / Israel Hayom) Fathi Hazem, whose son, Ra’ad Hazem, killed three Israelis in a terrorist shooting at a bar in Tel Aviv earlier this month, has said he will not turn himself in unless Israel returns his son’s body. Ra’ad Hazem was killed in a gunfight with security forces near a mosque in Jaffa.

Following the attack, Israeli security forces raided the Jenin refugee camp several times in an attempt to detain the terrorist’s father and brother.

Speaking before a crowd in the Palestinian city of Jenin after the attack, Fathi Hazem expressed his approval of his son’s actions, according to a report by the Middle East Media Research Institute. “Make us among the victorious troops who are first to storm the Al-Aqsa mosque,” he said, referring to his son.

In a Facebook post, the former commander in the Palestinian Authority’s security apparatus railed against Israel and refused to comply with security forces’ repeated demands that he turn himself in.

“There are also members of my own people who are asking me to turn myself in, and I won’t do it until I get my son’s body [back],” Hazem wrote.

“I lost what was most precious to me, and they are continuing to look for my family members. Even though I lost my son, God compensated me with thousands of young Muslims who see me as their father, and are easing my pain. The refugee camp of heroes and the heroes’ work have embraces me. At this time, I kiss the head and hands of anyone whom I have wronged, and anyone to whom I owe money should contact my mother,” Fathi Hazem wrote.