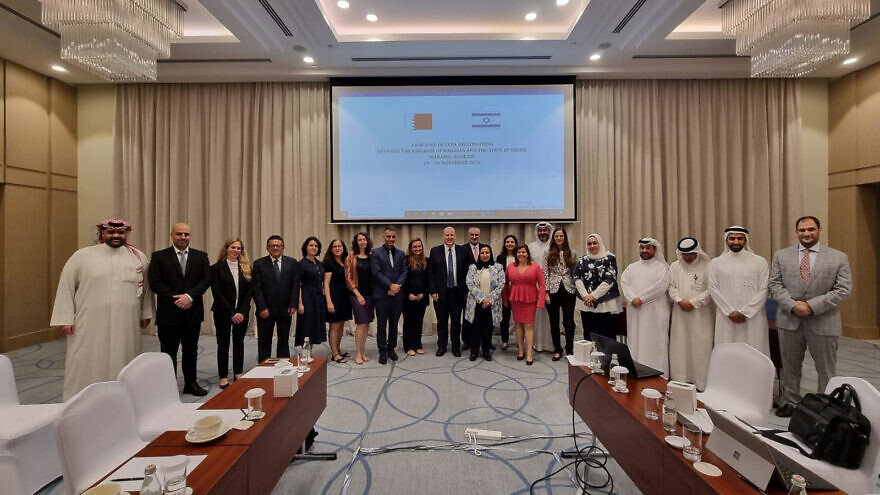 (November 21, 2022 / JNS) The first round of talks on a free trade deal between Israel and Bahrain ended satisfactorily on Monday, according to the Israeli Economy Ministry.

The teams from the two countries began the negotiations last week in Bahrain’s capital, Manama. According to the ministry, they discussed “a wide range of problems, including trade in products, regulation and standards, customs, trade in services, government procurement, e-commerce and the protection of intellectual property rights.”

The “quick progress in the negotiations” indicates the “high importance that both sides give to this agreement,” the ministry stated on Facebook.

If an agreement is struck, it will mark the second time Israel has signed such an accord with an Arab state following the signing of the Abraham Accords. In May, a similar pact was reached with the United Arab Emirates.