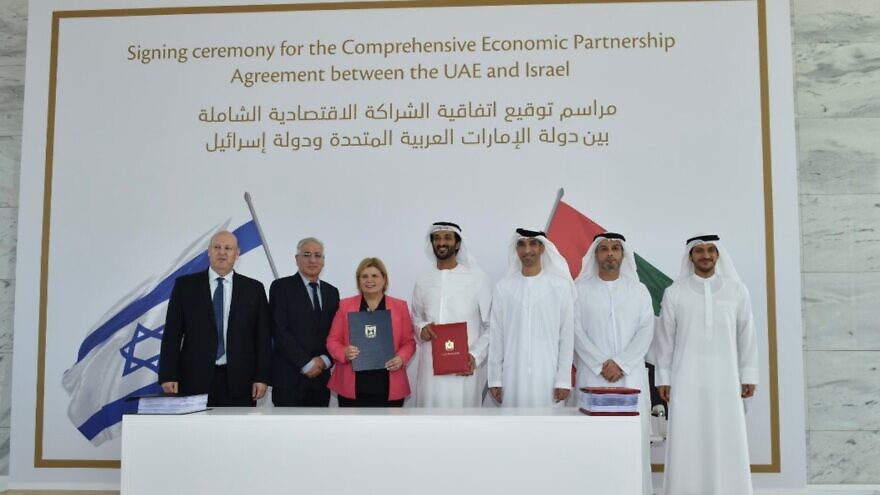 (May 31, 2022 / JNS) Israel and the United Arab Emirates signed a free trade agreement on Tuesday in Dubai. The deal is the first of its kind between Israel and an Arab state.

Barbivai said on Monday that customs duties will be eliminated on 96 percent of products, including food, agriculture, cosmetics, medical equipment and medicine, according to Reuters.

Minister Al Zeyoudi tweeted on Tuesday: “Today, we signed a Comprehensive Economic Partnership Agreement with #Israel that builds on the strong foundations laid by the Abraham Accords. It will push the value of our non-oil bilateral trade beyond $10 billion within five years.”

The UAE and Israel normalized relations in September 2020 as part of the U.S.-brokered Abraham Accords that also included Bahrain and Morocco, and later Sudan.

In March of this year, academic institutions in Israel and the United Arab Emirates signed their first agreement to date for academic cooperation, further strengthening ties between the two countries.

In the same month, Israel, the United States and the UAE began a new program to promote interfaith and intercultural dialogue, as well as counter religious intolerance and hatred at the inaugural meeting of the Trilateral Religious Coexistence Working Group in Dubai.