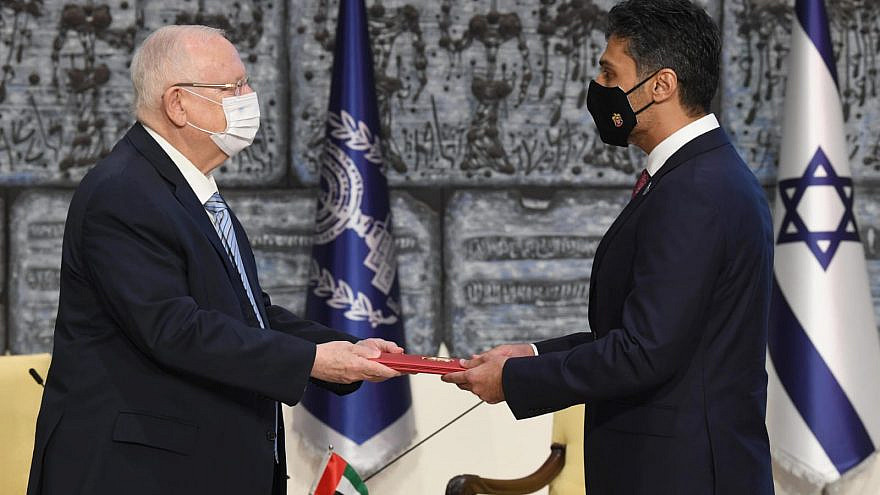 The ambassador presented his letter of credence on assuming his new position at the ceremony hall in Beit HaNassi, the president’s residency.

The national anthems of Israel and the UAE were played by the Israel Defense Forces’ band at the ceremony, during which the new UAE ambassador reviewed an IDF honor guard and signed the official Beit HaNassi guestbook. The president and ambassador then delivered joint statements before holding a working meeting.

“The entire Israeli people welcomes you with joy,” Rivlin said to the ambassador after greeting him in Arabic. “This will be your most important mission—to welcome the hands reaching out to you, to meet the Israeli people and to get to know them up close. Treaties are signed by leaders, but real, sustained peace is made between peoples, face to face.”

He continued, saying “we have nurtured the relations between us for some time, believing that if we waited patiently the time would come when we could take them one step further and deepen the friendship between us and make it public.”